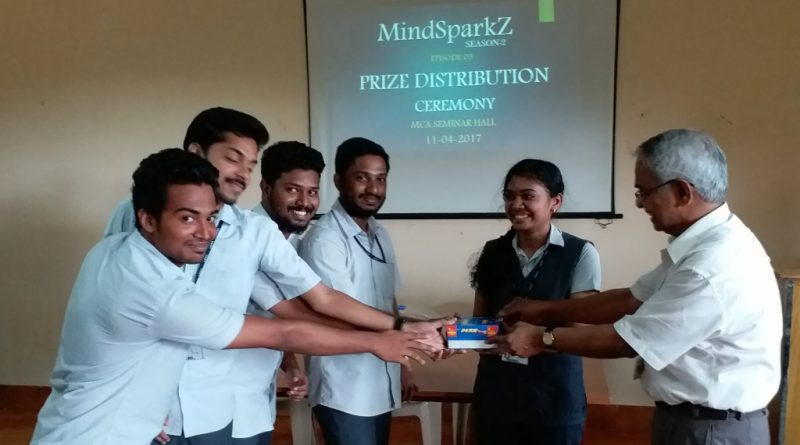 Participants in the felicitations programme

The final and third episode of the mini-serial online quiz MindSparkZ Season II organised by the students of the Department of Computer Applications was broadcast 0n 07 April 2017. The quiz titled “Beauty is in the Details” was based on the recently concluded TechFest Vyvidh 2017 held in the College. The challenge was to identify the event or location relating to certain images taken during the TechFest. It appears that it was a tough challenge indeed as attested by the fact that the winner could identify correctly only 10 of the total of 15 challenges.

The winner of the quiz was  Jaison Joju Chirayath of S6 B Tech (ECE). The cash prize and the certificate were distributed in a function held in the Seminar Hall of the Computer Applications Department at 4.00 pm on 11 April 2017. The teams of students from S2, s3, S5 MCA classes who worked behind in organising the various episodes of the quiz were also felicitated during the function.