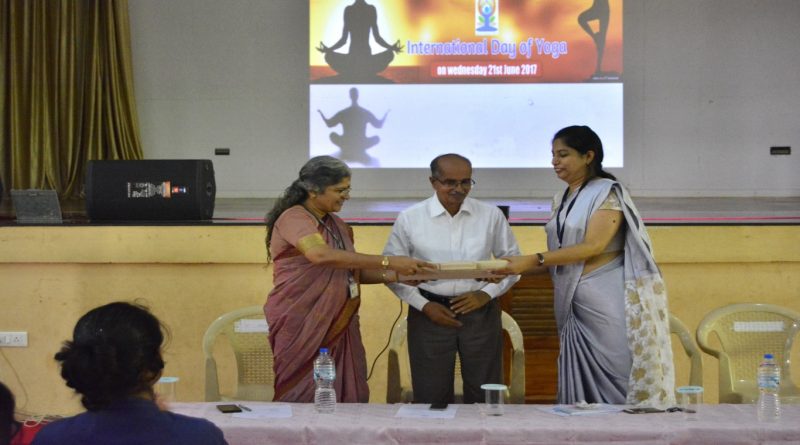 The International Day of Yoga was observed in the campus in a colorful manner on 21 June 2017 with the whole-hearted support and participation of staff, students and the volunteers of the National Service Scheme units of the College. An informative talk on yoga and its benefits was delivered by Dr. Agnus Cleetus, Senior Medical Officer, Govt. Ayurveda Dispensary, Mundur.

The International Day of Yoga is celebrated annually on 21 June since its inception in 2015. An international day for yoga was declared unanimously by the United Nations General Assembly on 11 December 2014. The Common Yoga Protocol of Ministry of AYUSH (Department of Ayurveda, Yoga and Naturopathy, Unani, Siddha and Homoeopathy), Government of India, was followed in the event. About 250 participants exercised different yoga postures as part of Institutional Yoga Practices. A demonstrative session on yoga was also held in connection with the programme. Sri. Dijesh P, Associate Professor in Department of MCA, took the lead in the session. Er. G Mohanachandran, Executive Director, VICT, Dr. Sudha Balagopalan, Principal, Dr. K B M Namboodiripad, Heads of various Departments and members of faculty and staff attended the programme.

To know more about the Common Yoga Protocol, click here.