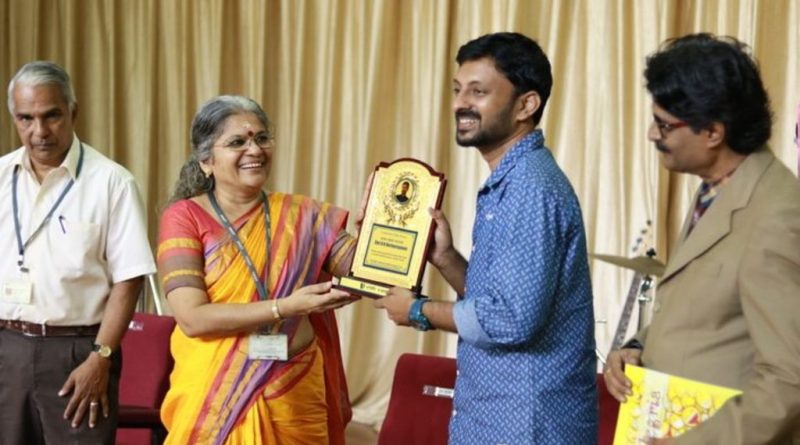 The College Magazine ‘Alegria’ for the academic year 2016-17 was formally released at 9.30 am on 23 August 2017 in a simple function held in the College Auditorium. Before the launch, a minute’s silence was observed in memory of late Mohammed Labeeb, S1 B Tech (EEE) student. Aiswarya Pradeep (S7 B Tech (ECE)) introduced the event and Dr. V. V. Rose, Head of Dept of Humanities and Chief Editor of College Magazine, welcomed the gathering. The presidential address was presented by the principal, Dr. Sudha Balagopalan. The chief guest for the day was renowned contemporary lyricist Mr. B. K. Harinarayanan who officially released the College Magazine for the year 2016-17 and mesmerised the audience with his eloquent speech. The first copy was handed over to the Principal by the Chief Guest. The Chief Guest was honoured by the Magazine Committee by presenting him a Memento. The programme was felicitated by the Vice Principal Dr. V.N. Krishnachandran and Er. Ramkumar Menon, PTA President. The vote of thanks was proposed by Mr. Chamind Erakkil (S7 BTech (PE)) and the event was compered by Ms. Ayshas Baker (S5 BTech (ECE)). The programme came to an end with a musical event presented by the College Music Club D’Medley.