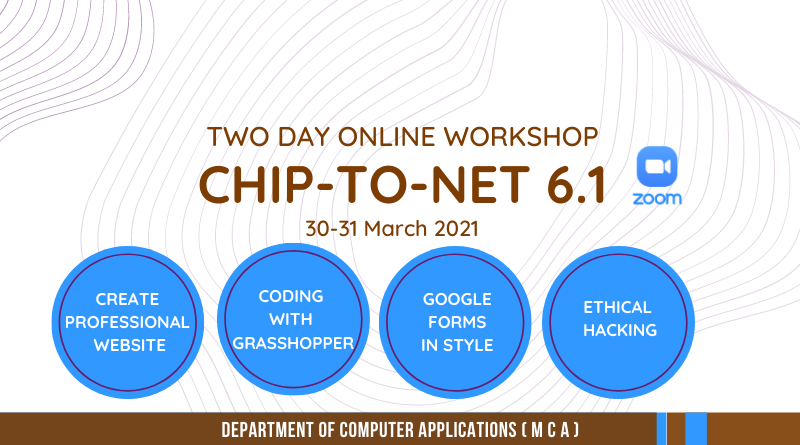 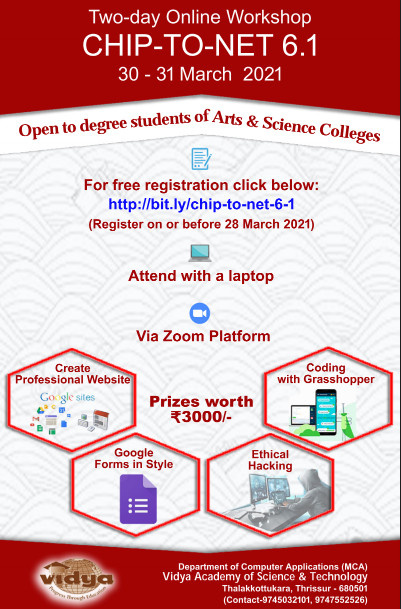 Initially, the faculty and staff of the MCA Dept were a little skeptical about the acceptance of an online version  of the popular two-day workshop christened “Chip-to-Net” the Dept had been organising for the last five years without interruption. But when it was announced, they realised that the popularity of the workshop has only soared and not declined. The Dept received more than 250  registrations for the online version of the workshop which has been named “Chip-to_Net 6.1” and which was held during 30 – 31 March 2021. The activities were conducted via the ZOOM platform. There were four fully hands on sessions, one competition and an online quiz.

The competition was to create a website using the tools explained in the session on Google Sites. Nearly, all the participants participated in the competition. Those who judged the entries for selecting the winners were unanimous in their opinion that the prize winning entries were of such high quality beyond all their expectations. The following are the winners of the competition.

Winners of the quiz competition