For students with a passion for programming computers, Vidya Academy of Science and Technology (VAST- www.vidyaacademy.ac.in), Thrissur and Zyxware Technologies(www.zyxware.com) in association with SMC (swathanthra malayalam computing – wiki.smc.org.in) and Free Software User’s group Thrissur, are organising a developer camp, at VAST campus on 29th-November-2010.

Praveen Arimbrathodiyil will be lead the camp.Praveen Arimbrathodiyil is one of key contributors to the SMC Project.His contributions include Malayalam localization of various free software projects like GNOME, KDE, Debian installer, and various gnu.org articles. He has actively influenced the present state of Malayalam language on Free Software Desktops through relentless testing, feedback and programming when and where required. He is also a debian maintainer and has worked as a mentor for Google Summer of Code projects.

In addition to Praveen, we expect other FOSS developers to join us in person, or over the internet, in the session.The general Layout of the program will be as follows:

FOSS developers/contributors present at the camp will share their experiences in developing applications/application libraries for FOSS projects, and working with other developers in the community around the projects. Students will have the opportunity to pitch in with their ideas as well.

There will be introductory sessions and discussions about various FOSS Development models, Version control, reading user as well as API documents etc. 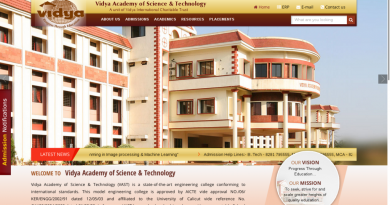 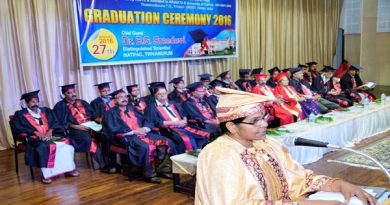 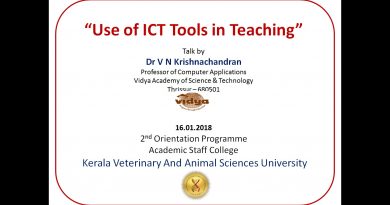 MCA HoD talks on ICT Tools in teaching at KVASU