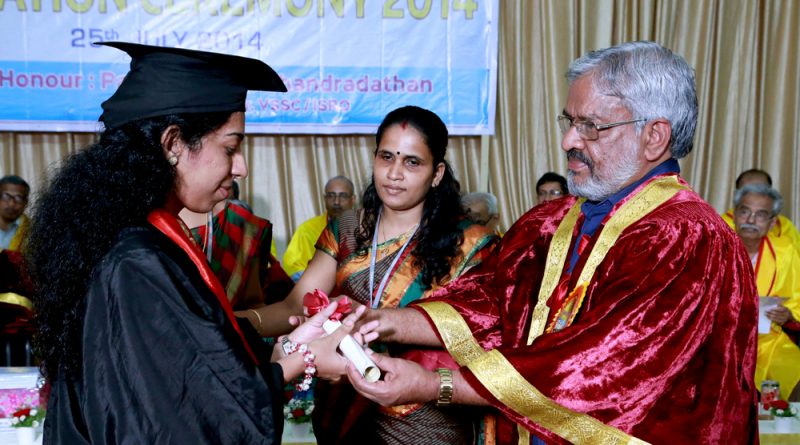 The distribution of certificates was followed by oath taking ceremony of the recipients. Dr. V.N Krishnachandran (Vice-Principal, VAST) administered the oath to the graduates. The function came to an official end with the formal dispersion of dignitaries.