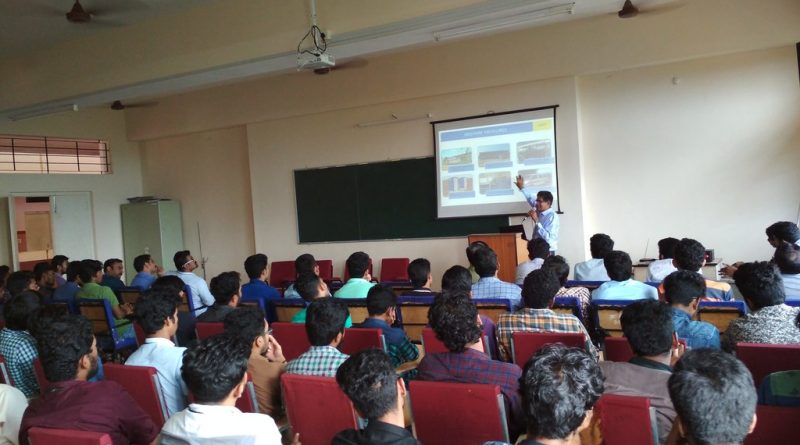 The ME Department organized a half-day invited talk by Mr. P. S. Ramachandran, Executive Director, BPCL Kochi Refinery on 25 August  2017. The talk,  conducted in the ME seminar hall, was preceded by a brief inaugural ceremony. The ceremony was attended by Dr Sudha Balagopalan, Principal, Heads of ME and PE Departments, and faculty members of ME department. The students of S7 B Tech (ME A & B) batches attended the inaugural session and the talks.

After the inaugural ceremony and a tea break, the technical talk began at 11 o clock. Mr. Ramachandran talked at length on the various safety systems followed in oil refineries. He also presented some photographs which were very informative and useful to the students. The talk was organized as a repository talk for the elective subject “Industrial Safety” for ME final year students. The talk was followed by an interactive session in which students raised critical questions and the expert  clarified the doubts. At the end of the session, HoD of ME department proposed the vote of thanks to the resource person. As a token of gratitude and appreciation, the guest was also presented a memento by the HoD.

The students who attended the talk gave excellent feedback about the program and also mentioned that they look forward for more talks like this in future. After the talk, a few students involved with the Department Magazine requested for an interview with the resource person. He gladly agreed. After about half an hour of interview, Mr. Ramachandran left our campus. 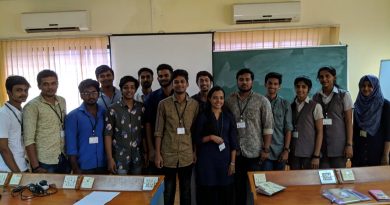 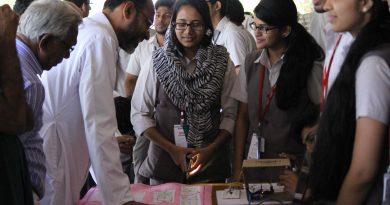 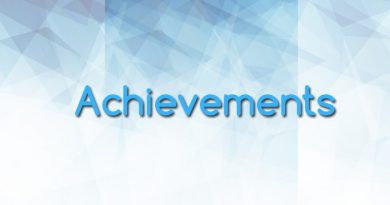