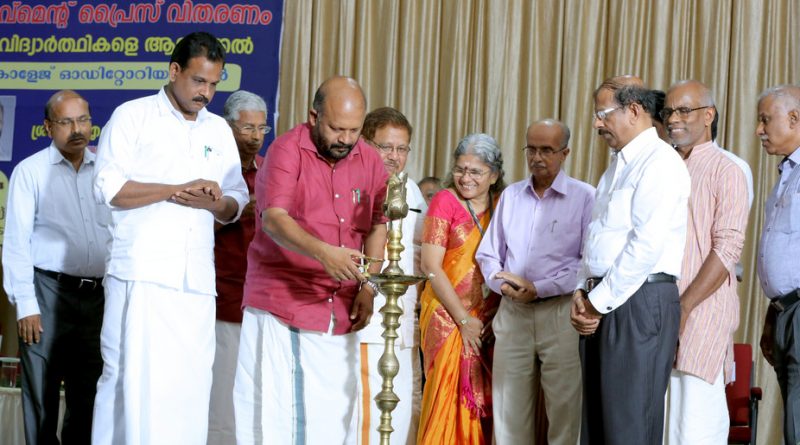 “Our country needs not just engineering graduates but engineers,” remarked Honorable Minister for Agriculture, Mr V S Sunilkumar inaugurating and delivering the inaugural address at the Scholarship and Endowment Prize Distribution function of Vidya held in the College Auditorium on 17.06.2018. He also exhorted all working in the educational sector to strive for academic excellence.

The Scholarship and Endowment Prize Distribution function is a prestigious event of the College organised every year to distribute the various scholarships instituted by the Vidya International Charitable Trust and several others and also the Endowment Prizes instituted by several well-wishers of the College. The function used to be attended by senior functionaries of VICT, elected people’s representatives and a host of distinguished personalities.  The scholarship awardees and the endowment prize winners along with their parents are specially invited to participate in the program. All faculty and staff of the College make it a point to be present in the programme.

The function held on 07.06.2018 was graced by Hon. Agricultural Minister Mr V S Sunil Kumar. He inaugurated the program and distributed the scholarships and endowment prizes. The Presidents of the Grama Panchayaths of Choondal and Velur, Mr K S Karim amd Ms Sherly Dileep Kumar, were also present and they felicitated the scholarship awardees and the prize winners.

The occasion was also a venue for honouring the meritorious +2 students of the neighbouring Grama Panchayaths. There was also a very special honouring ceremony. Mr Shins, now a Junior Research Fellow in the ME Dept, was the person who received the special honour. He was one among among several others who was fortunate enough to get nurturing by the philanthropists behind the VICT movement and could pursue an engineering education in Vidya.  After completion of his studies, he joined Vidya as an Assistant Professor which position he later relinquished to take up the lesser paid but more challenging assignment as a Research Fellow. 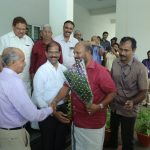 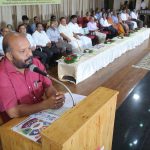 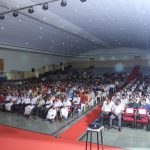 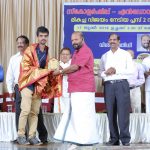 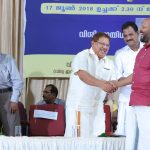 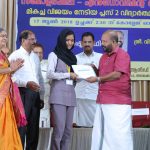 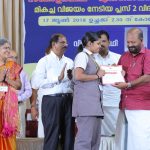 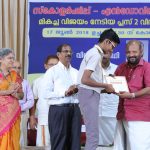 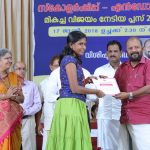 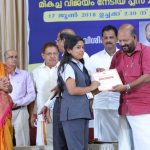 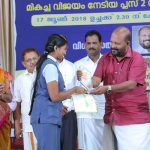 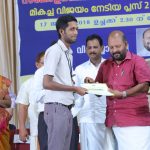 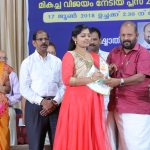 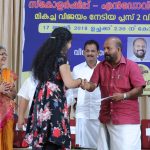 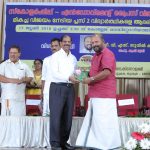 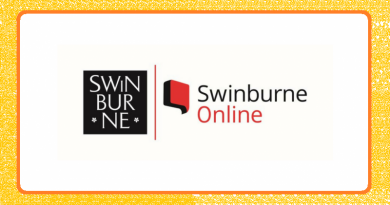 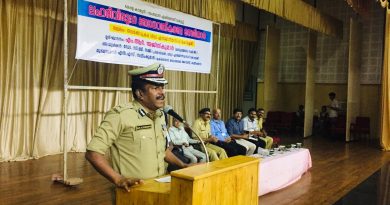