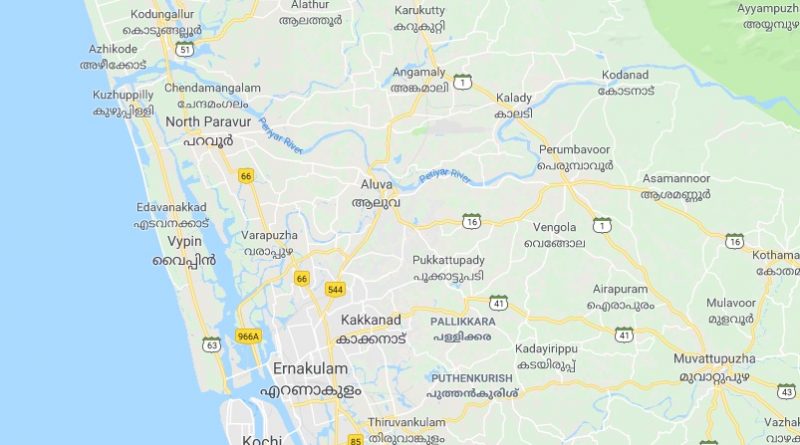 The recent floods that devastated the entire length and breadth of the State of Kerala, which affected every person living in this state in one way or another, has brought forth comparisons with the impact of a devastating flood that occurred in Kerala in 1924 CE. It appears that the general conclusion is in favour of declaring the recent flood as much more severe in terms of scale, breadth, economic impact, suffering and losses than the flood in 1924.

But there are some historical sources which refer to a much, much more severe flood that ravaged the area now known as Kerala in 1341 CE. The sources testify that the flood of 1341 even resulted in changing the landscape of region. They say it was this flood that caused the demise of Muziris, now known as Kodungallur, as the most important port city in the west cost of India and also it resulted in the emergence of Kochi as the favourite port in the Malabar coast.

“Due to great deluge of 1341 the ancient port town of Muziris in Malabar Coast, which is depicted in every known map of antiquity, disappeared suddenly and without a trace. It was presumably because of a cataclysmic event in 1341, in the River Periyar that altered the geography of the region. A new land mass accreted suddenly on the western coast from Kodungallur to Alleppy. The flood water breached the land mass, between the present Fort Cochin and Vypeen, and opened up the present Cochin Estuary or ‘Kochazy’ and harbour and helped in the formation of Vembanad Backwater. The Islands located on the northern side of Cochin estuary is popularly known as the Vypeen Islands changed access to the River Periyar.”[1]

“The Island of Vaypi, on the north side of Cochin, rose from out the sea in the year 1341: the date of its appearance is determined by its having given rise to a new era amongst the Hindoos, called Puduvepa, or the new introduction. Contemporaneously with the appearance of Vaypi the waters, which during the rainy season were discharged from the ghaut, broke through the banks of the channel which usually confined them, overwhelmed a village, and formed a lake and harbour so spacious that light ships could anchor where dry land formerly prevailed.”—Bartolome’s Voyage to the East Indies. Borne 1796 ; Translation 1800.[3]