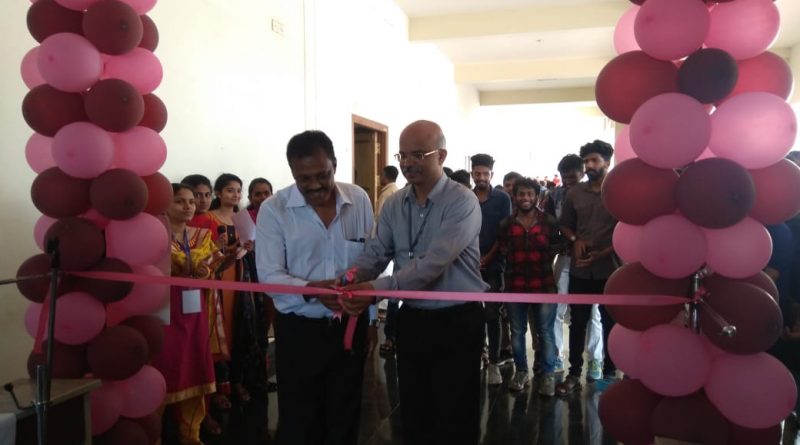 It was an event every student of Vidya was looking forward to: Vyvidh 2K19, the two-day technical festival of Vidya. This year’s edition of Vyvidh was held with much fanfare and enthusiasm on 8 – 9 February 2019. Dr Saji C B (Principal) and Adv Methil Venugopal (President, PTA, VAST) inaugurated the two-day extravaganzat. A few days earlier, on 1 February 2019, Shri Yathish Chandra G H (IPS), Commissioner of Police, Thrissur (City) had officially launched the Vyvidh ’19 website www.vyvidh.vidyaacademy.ac.in and released the brochure at a brief ceremony held in his office.

Main Events of the College 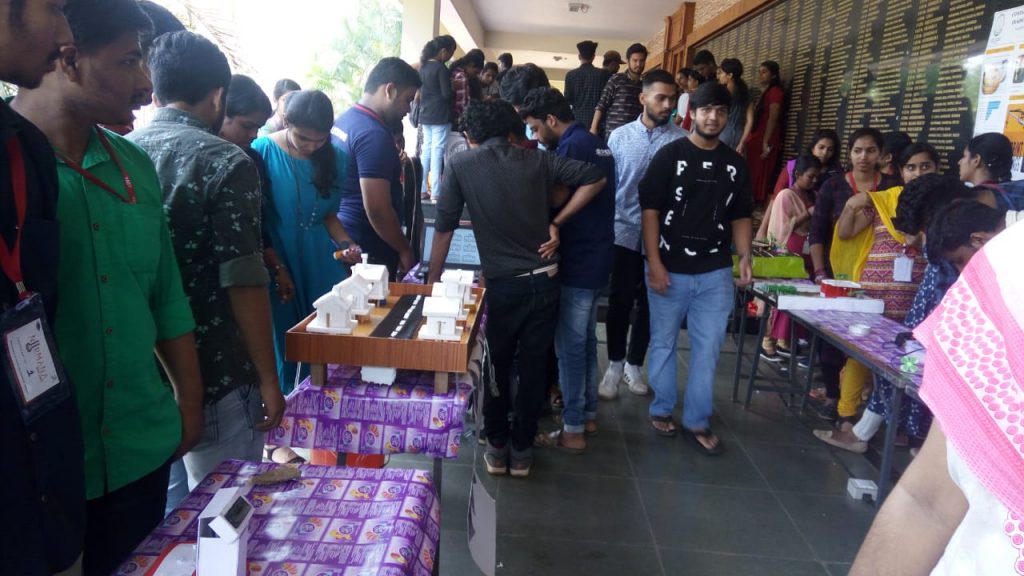 The Project Expo Competition was held in three different categories:

The Paper Presentation Contest was christened ‘Tek-thesis’ and it was based on the theme “Rebulding Kerala Through Sustainable Engineering”. The Photography Competition was titled ‘Shot It Up 2K19’. 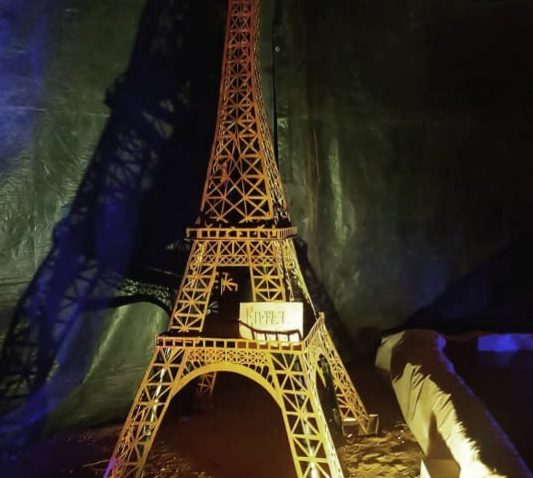 The Dept of Civil Engineering exhibited the evolution of the discipline of civil engineering and the event was called Parinama (Vastatva 2K19). The courtyard of the North Block of the College was filled with the works of the young engineers depicting replicas of primitive caves, Bhurj Khalifa, Egyptian pyramid,  Maison Carree, float bridge, Eiffel Tower and a lights house. There were technical events like ‘Tesoro Fetch 2K19 (an event to bring out the thinking skill of an engineer), Ship Retro (an event to apply the fluid mechanics theories and ship architecture), Cadmax  (an event to evaluate the speed and skill in CAD) and several fun events named Porotta Vidhwan, Neon Football, Reverse Bicycle. 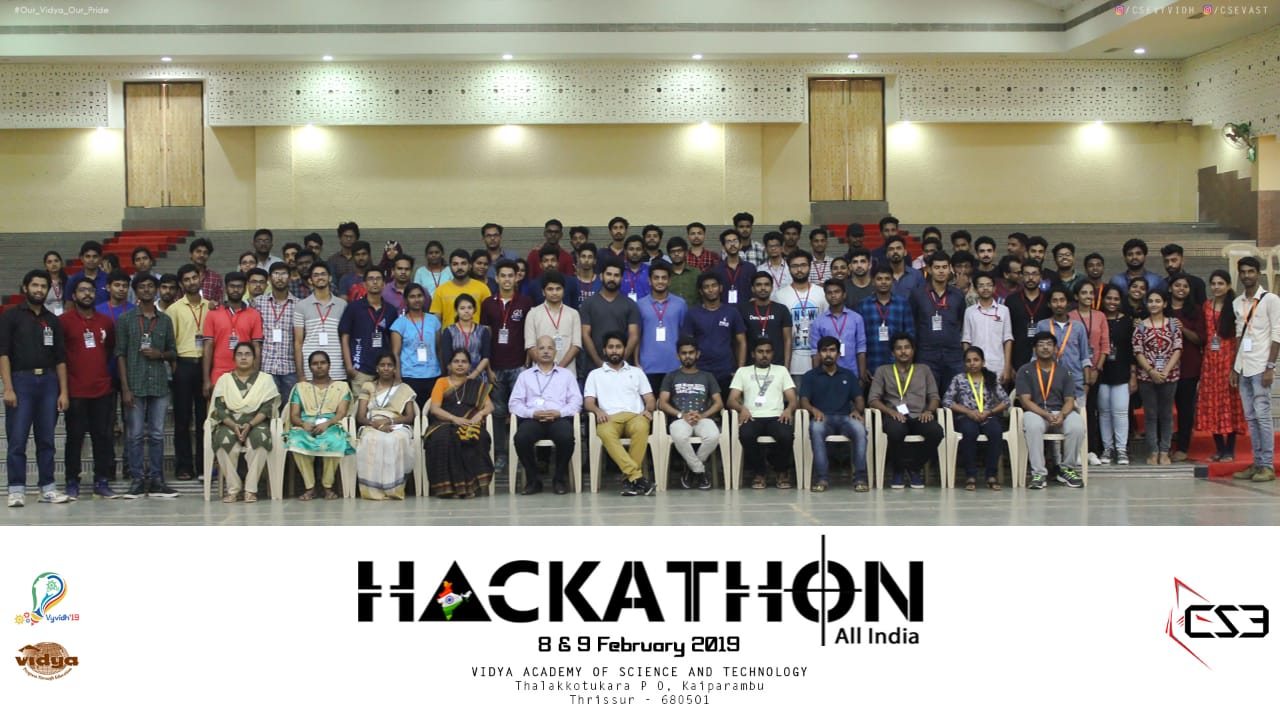 The Dept of Computer Science & Engineering hosted  a 24-hour All India Software Hackathon as the main event for first time in the history of Vyvidh with prize money worth Rs.50K. There were other sub-events like Grotto and Flot which were a visual treat to the viewers. Maze Runner is another game of ‘crawl to survive’. Dota-2 & CS GO and FIFA 19 & Blur are tournament of games. Another event Codex is a 3 phase coding contest using C programming. Semicolon is the Department pavilion for the project expo of CSE Dept.

The Dept of Electronics and Communication Engineering came up with a Robotic Expo called Bionic ’19. The expo showcased robots from various sectors like transportation, safety and security, hospitality and more. Exhibitions of Drones, Gesture Robots and  Dancing Robots had been arranged for the event. Electrohackathon (a gathering where hardware programmers collaboratively code and design circuit in an extreme manner over a short period of time for various problems), Circutrix (an event to find out the faults in the given circuit and obtain the output of the circuit), Doomsday (a bomb circuit is given before the player which he/she has to defuse before the given time) were the other important events. Volthunter, a game to power up the receivers by solving puzzles and hunt down the transmitter from the compound, was another technical event conducted by the Dept . 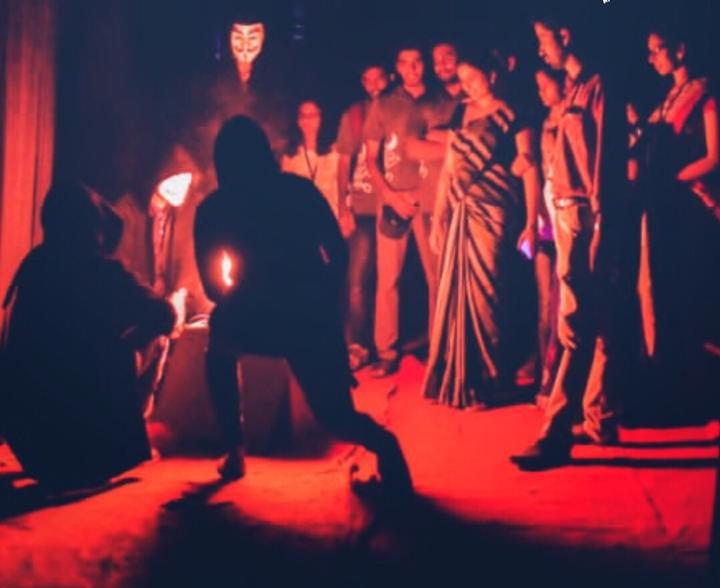 Elecspire, hosted by the Dept of Electrical and Electronics Engineering, exhibited the magic of cymatic frequency. The show presented the darkest showmen among the students of the Dept. The event is an exhibition of mind blowing science experiments related to cymatic frequency response of basic matters and particles. Roborace which is a racing competition that awards the fastest robots. Robosoccer is a game in which a manually controlled robot, wired or wireless, pushes a soccer ball to the opposite team’s goal post and defend against the opposing teams from scoring. Escape Room and Electro Quiz were other attractive events conducted by EEE Dept.

The main event in the Mechanical Engineering Dept was Agnichakra. It was one of the best motor expos and evoked great interest in viewers. The main attractions in Agnichakra were Toyota Supra, Porshe, Lamborghini, BMW ZXNR, etc. They also hosted the events Gun Expo – a display of vast range of legendary weapons which have been in service of the Indian Army for a long time and have witnessed wars in the past and bear testimony to the sacrifices made by the Indian soldiers. Those weapons of war were displayed and explained the mechanics behind what made them fire. In Autopart Expo by KSTRC the beauty of the diesel engines and their transmission systems inspired the viewers. Other highlights of Mechanical Dept included 3’s Football, CAD Master, Park the Car, Auto Quiz, Battery Health Checkup Camp by Bosch, etc.

The Dept of Production Engineering conducted Proto 3.0 – an auto-expo comprising of both super cars and super bikes, which included Audi r8 etc. Other than this the Dept conducted technical events like Save the Scrap, Lathe Master, Aqua Missile etc. Also there were fun events like Dungeon, MTB Dirt Race, Pubgwar, etc. A pavilion was set up near the drawing hall which mainly showcased the working of a production line.

The Dept of MCA conducted a wide range of interesting events Extasy for Vyvidh’19. They had hosted about six events, three offsite and three onsite. The offsite events were One Minute Dance Challenge, Pictursque and Qtrivia. One Minute Dance Challenge was conducted as a promo event which was completed by 6 February 2019. Pictursque was an online photo editing contest and Qtrivia, an online quiz competition. Other than this the MCA Dept conducted Codelurch (code shuffling contest) and Masocore (Pubg), Kickabout (FIFA) contest, etc. Finally Pradakshina, the Department pavilion of MCA, described the various aspect of cloud computing, methods of accessing data or programs over the Internet.

Other Events : FOSSers of Vidya 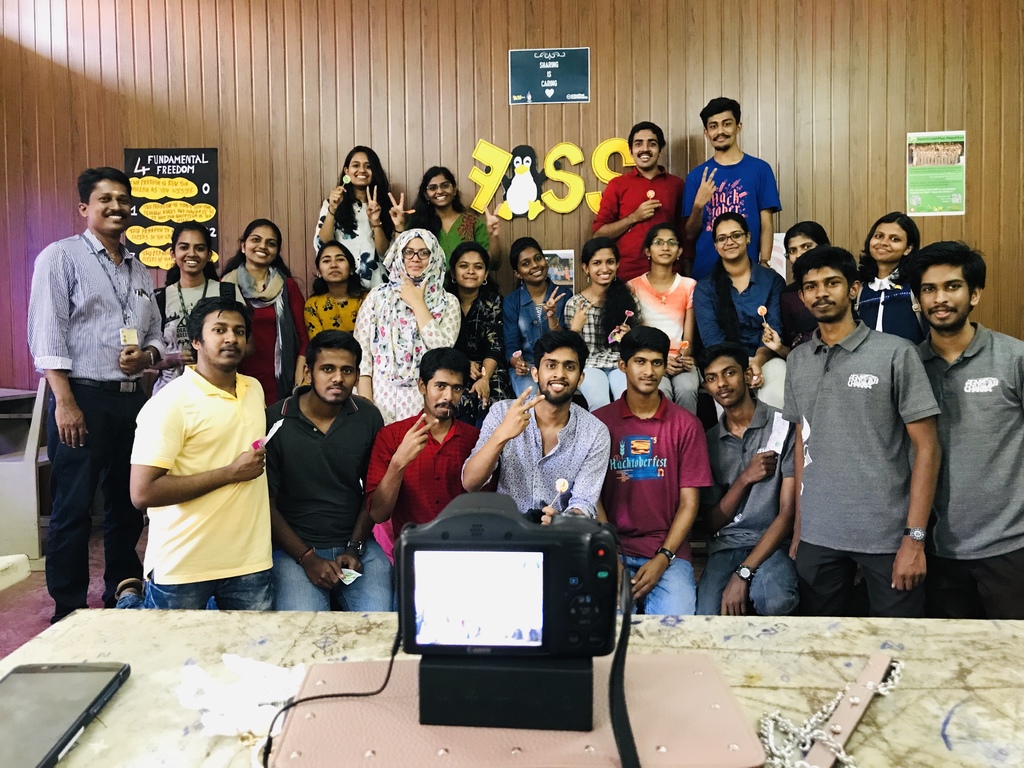 During Vyvidh 2019, FOSSers Club of Vidya organized events to spread awareness about free and open source software among students and the general public. It was the first time for a club to organize an autonomous event during TechFest and it was highly appreciated by the faculty members and officials. CrypTux Treasure Hunt – a free entry online treasure hunt, PirateTux Treasure Hunt – a unique offline treasure hunt were some of the competition conducted by FOSSers Club. A stall displaying the achievements of the Club and spreading awareness about FOSS was also set up by the members which gave a good opportunity to everyone to know more about FOSS. Free stickers and goodies were also distributed to the visitors of the stall. It also had a corner for the Wiki Game, a game that involved surfing online through Wikipedia pages from a source page to reach the destination page.

The two day techno-cultural fest ‘Vyvidh 2K19’ serve as a well-deserved break that, though it drains the students out of the physical energy, mentally gives them an energy boost that refilled their minds with fruitful memories. It gave the students an opportunity to learn the lessons of leadership, team work, team building, working in challenging and stressful circumstances, hospitality and endless is the list of learning. 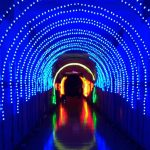 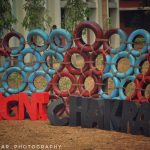 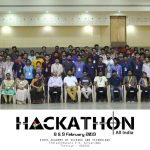 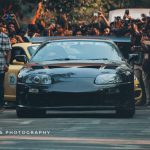 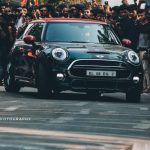 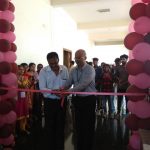 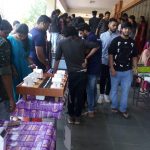 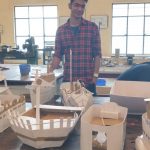 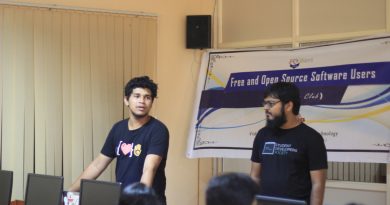 FOSSers Club of Vidya conducts one day workshop on Python 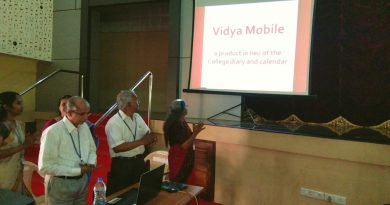