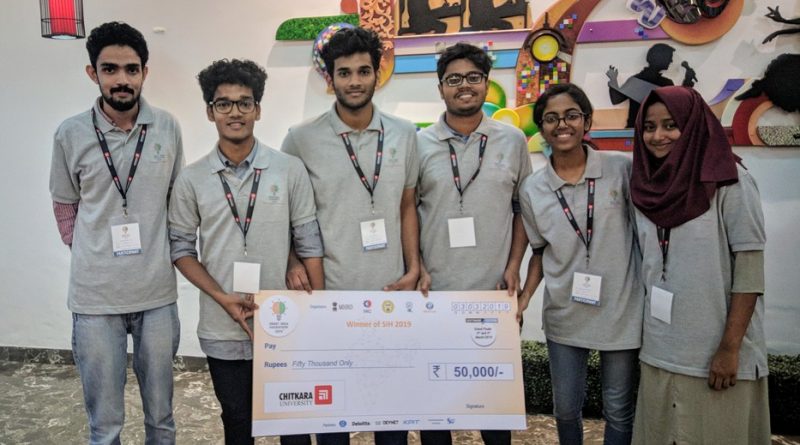 A team of S6 BTech CSE students, which calls itsef VERSATILE, has been declared the winners for the problem statement (SA2) in the AICTE Smart India Hackathon 2019 (SIH 2019) (Software Edition) held at Chitkara University, Punjab. The 36 hour hackathon was held on 2 – 3 March 2019.

SIH 2019 is a nationwide initiative to provide students a platform to solve some of pressing problems we face in our daily lives, and thus inculcate a culture of product innovation and a mindset of problem solving.

In SIH 2019, the students had also the opportunity to work on challenges faced within the private sector organisations and to create world class solutions for some of the top companies in the world, thus helping the private sector hire the best minds from across the nation.

Team VERSATILE had worked on “Farm to Fork traceability of Farm Produce” and implemented the idea of “farm to fork” traceability using blockchain technology which provides complete transparency at each tier of the life span of a product, starting from the farm to the hands of a customer. The team was awarded Rs.50,000 as the prize money. It was a problem posed by Maharashtra Hybrid Seeds Co. (Mahyco) which is an agricultural company in India. It is one of the country’s major producers of seed. 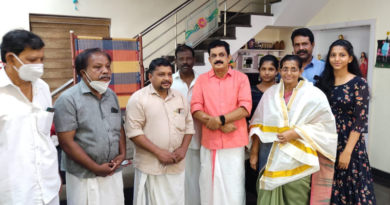 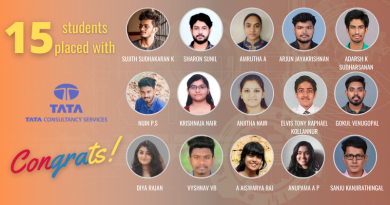 TCS recruits 15 Vidya students from the 2021 pass out batch 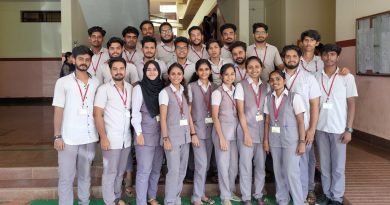