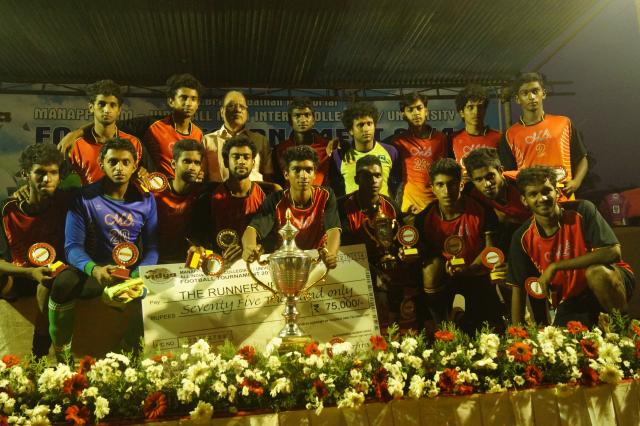 Er. K.R. Brahmadathan Memorial Manappuram-Vidya All India Inter -Collegiate Football Tournament 2014 was organized as a tribute to (Late) Er. K.R. Brahmadathan, the founder Executive Director of Vidya International Charitable Trust, a well-known sports person and sports organizer. The title sponsor Manappuram Finance Limited, by organizing this tournament, has upheld their dedication and social commitment to the younger generation by their keen interest in the conduct of the tournament.

Curtain Raiser Match
The inaugural ceremony was followed by an exhibition match between the football gaints of Kerala, the State Bank of Travancore, Tvm and Kerala Police, Tvm. The presence of former Indian International IM.Vijayan and other popular Kerala footballers like Ashif Saheer, Abdhul Nawshad et.al. made the inaugural curtain raiser match a memorable one. The State Bank of Travancore, Tvm defeated Kerala Police,Tvm by 2-0 margin.

The Participating teams
Sixteen elite football teams across the nation which include Maharastra, Goa, Karnataka, Tamil Nadu, Puduchery and Kerala battled to win the covetous ‘Manappuram-Vidya ‘Trophy and prize money.

In all, 15 matches was played and 46 goals were scored over the nine days ‘sporting feast’, which by now became firmly established as one of the premier inter-collegiate soccer tournaments in our nation. The knock-out stages themselves provided all the typical drama of the ‘beautiful game’ with several games decided by last minute goals or dreaded penalty shoot-out.
The Sathyabama University, Chennai claimed the top honour and bagged the Er. K.R.Brahmadathan Memorial ‘Manappuram-Vidya’ trophy and prize money worth one lakh rupees. The challenges and fighting spirit of the runner-up, Mar Athanasius College, Kothamagalam, was ever memorable to all football fans. They were consolated with ‘Manappuram-Vidya’ trophy and a prize money worth seventy five thousand rupees.

Mr.Beautin (jersey no:08) of Sathyabama University, made significant contribution to his team’s victory in all matches in the tournament and converted 4 goals including 11 th minute opener in the final. He was honoured as ‘the best player of the tournament’ with a prize money worth rupees twenty five thousand. 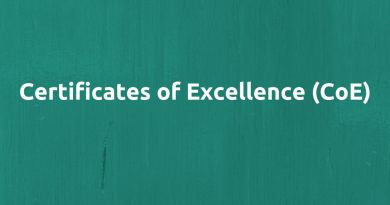 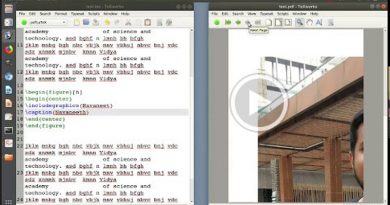 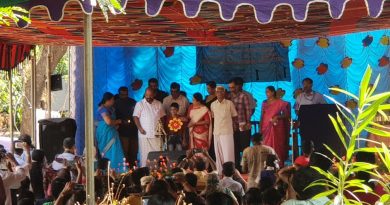