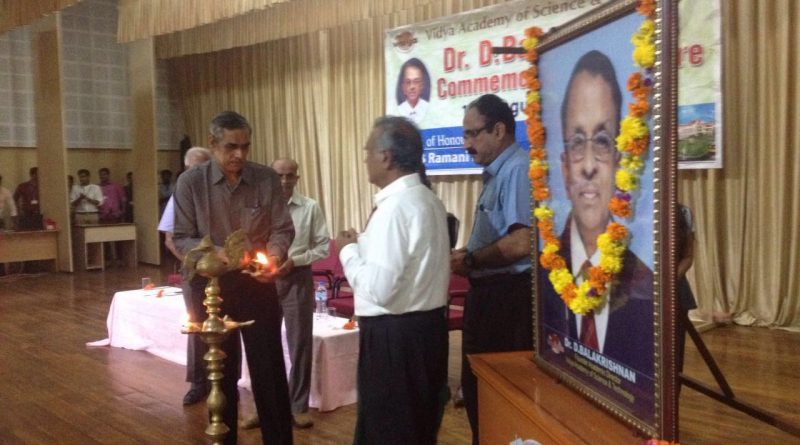 The sixth DB bay was conducted on 16/08/2016 at Pranavam auditorium, college campus. The chief guest for the function was Mr. B Ramani, Executive Director, C-DAC, Thiruvananthapuram. He is basically an engineering graduate in the field of Electronics and Communication and his area of expertise is “Embedded systems”. He has over 35 years of experience in various Government and Private undertakings. The function started at 11 AM with a prayer. The Principal of  VAST, Dr. Sudha Balagopalan delivered the welcome address. Er P K Asokan, our honourable chairman gave the presidential address. Rich tributes were paid to Dr D Balakrishnan by garlanding his photo and offering flowers. Er. G. Mohanachandran, Executive Director, VAST gave felicitations. Mr. Soolapani Varier, Professor and Head, ME Department introduced the chief guest to the audience. After this, the chief guest lit the lamp and formally inaugurated the function. Following this, the chief guest presented a talk and the theme was “Why indigenous development is important to India”. The talk was attended by various staff members as well as all final year students of B Tech and M Tech classes in VAST. An interactive session was also an added attraction. After the talk, the chief guest was presented a memento by the honourable chairman Er P K Asokan. The program ended with a vote of thanks by Mr. Dileep K, Associate professor, ME department, VAST. The function concluded by 1.30 PM. 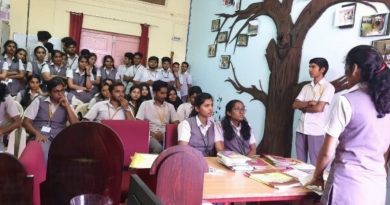 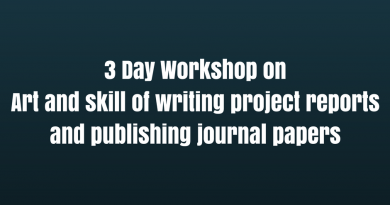 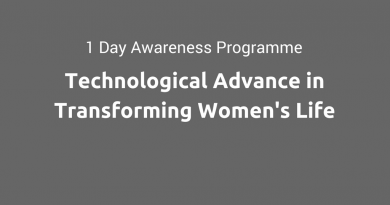