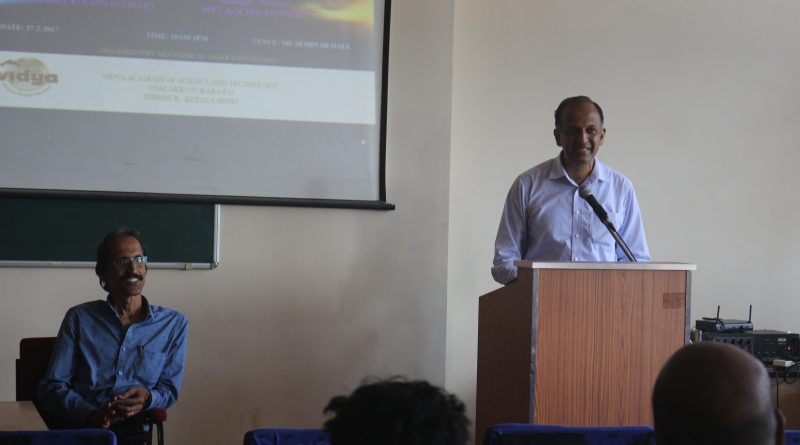 The Association of ME Department organized a half day invited talk by two experts from BPCL Kochi Refinery, Ambalamugal, Kochi on 20/ 02/ 2017. The talk was conducted in the ME seminar hall. It started with an inauguration session. It was attended by the Principal, HOD – ME department, and a few faculty members of ME department. HOD – PE department was also present during the inaugural session. The students of S8 ME A & B batches attended the inaugural session and the talks. The inaugural session started at 10 o clock with a prayer. During the speech, the resource people talked about their happiness in sharing their information with the students. Felicitations were offered by the Principal and the ME HOD.

Following a tea break, the first session started at 11 o clock. It was handled by Mr. K R George Paul, GM – Petrochemical division of BPCL Kochi refinery. The topic was an overview of petrochemicals. He also clearly explained the major differences between petroleum products and petrochemicals. The session came to an end by 12.15 PM.

The second session was handled by Mr. A Krishnakumar, Senior Manager, Projects division of BPCL Kochi refinery. The topic was projects and safety rules. He clearly explained several facts related to projects with mechanical engineering students are supposed to know. He also presented various illustrations on safety measures adopted by BPCL Kochi refinery for the safety of the crew in various departments. The session came to an end by 1.10 PM.

At the end of the session, the HOD – ME department proposed the vote of thanks to the resource persons and highlighted the importance of talks like this and advised the students to make full use of such visits by people from industries. As a token of gratitude and appreciation, the guests were also presented mementos by the HOD. The guests took leave of the campus after lunch. The students who attended the talk gave excellent feedback about the program and also mentioned that they look forward for more talks like this in future. 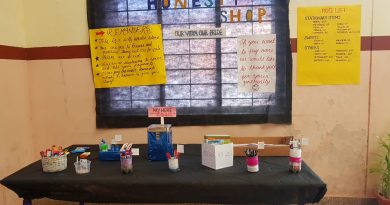 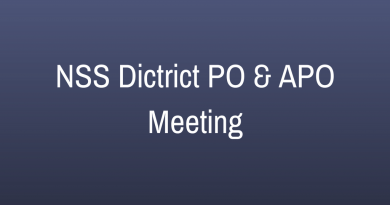 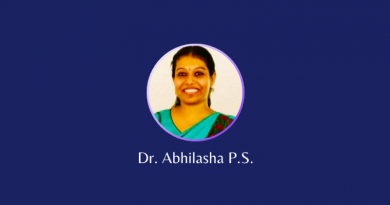