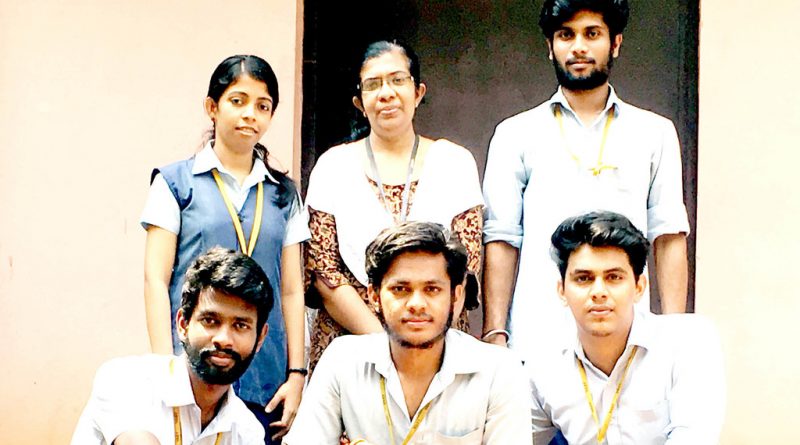 FARM FRIEND –  B.Tech final year EEE students developed Multi purpose Agriculture Robot. This robot can dig the soil, put the seeds, leveler to close the mud and sprayer to spray water, these whole systems of the robot works with the battery and the solar power. More than 40% of the population in the world chooses agriculture as the primary occupation, in recent years the development of the autonomous vehicles in the agriculture has experienced increased interest, because of small autonomous machine could be more efficient than traditional large tractors and human forces.

Broad objectives of the Project

1. This project objective is to fabricate a robot vehicle which can dig the soil, put the seeds, and close the mud and to spray water, these whole systems of the robot works with the battery and the solar power.
2. To reduce human effort in the agricultural field with the use of small robot.
3. To perform all 4 operations at single time, hence increases production and saves time.
4. To complete large amount of work in less time.
5. Farmer can operate this robot easily.
6. The usage of solar can be utilized for Battery charging. As the Robot works in the field, the rays of the sun can be used for solar power generation.

1. To reduce human effort in the agricultural field with the use of small robot.
2. One of the advantages of the smaller machines is that they may be more acceptable to the non-farm community. 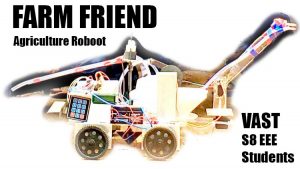 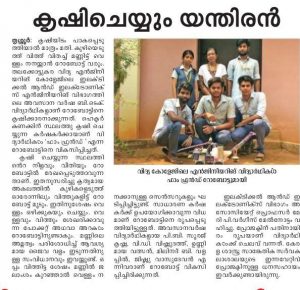 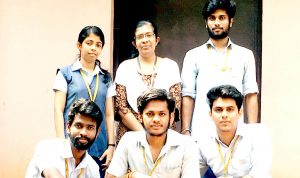 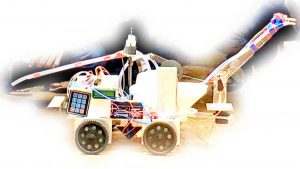 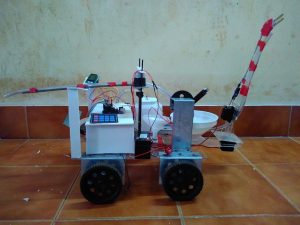 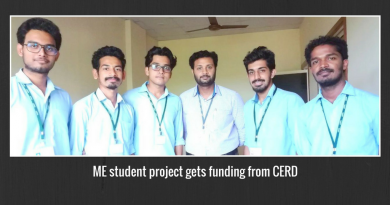 ME student project gets funding from CERD 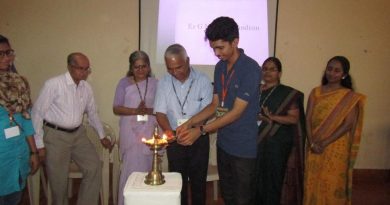 Due to heavy demand, MCA Dept organises Chip-to-Net a second time this year 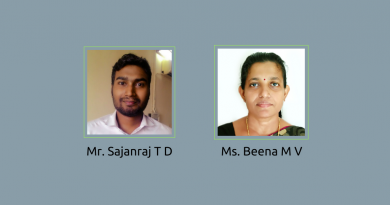 A paper from CSE Dept presented in ICICCT 2018