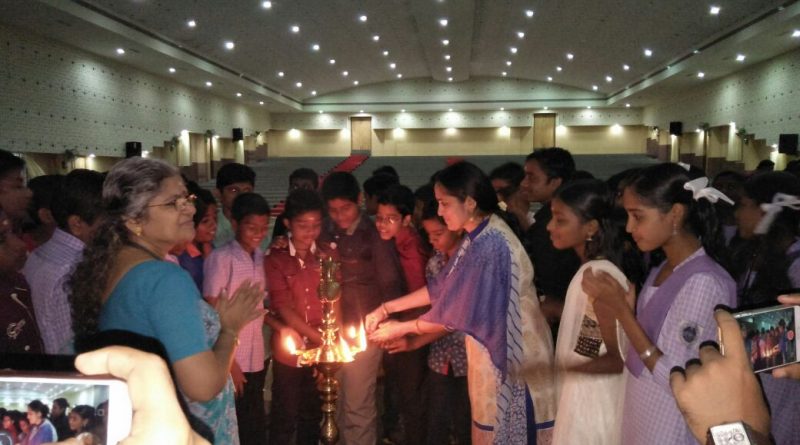 The classes for school students being organised during the current academic year under the Brhma-Vidya scheme were inaugurated on 05 Agust 2017. The Brahma-Vidya project is a social outreach programme of the College developed in remembrance of late Er. K. R. Brahmadathan, who had served the College as its founding Executive Director. The classes are being held for students studying in the eighth and ninth standard classes to improve their basic subject knowledge and communication and aptitude skills. The current batch of students has been formed by selected students studying in Sree Durga Vilasam High School, Peramangalam, St. George HSS, Puttekkara, and Govt. High School, Thayyur. The program was inaugurated by Dr. Sudha Balagopalan, Principal, VAST. The classes have been scheduled on every Saturdays for a duration of three hours till December 2017. The participating students will be provided transportation facility to reach the campus of College.