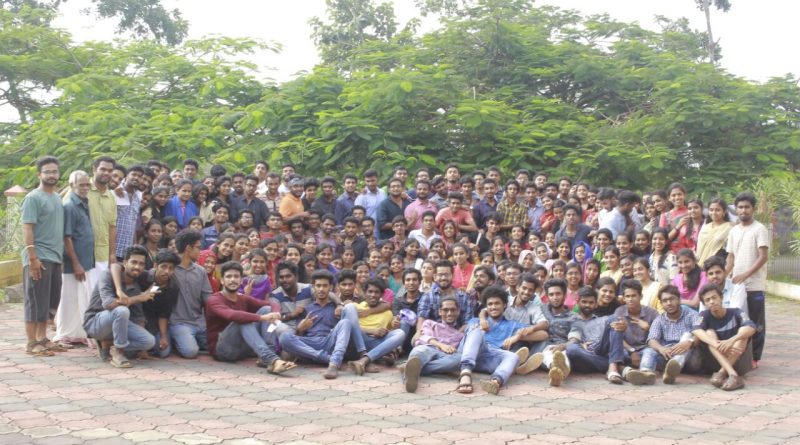 The NSS units of the College organised a Seven Day Special Camp during 04-10.09.2017. The Camp was inaugurated by Mr.  Abdul Jabbar Ahamed, Program Coordinator, NSS Technical Cell, Kerala. in a function held in the College Auditorium 0n 04.09.2017. As many as 179 NSS volunteers actively participated in the camp.

As part of the seven day camp, during the evening of 05.09.2017, a session on ‘Yoga and Health’ was organised under the leadership of  Mr. Chandran P Velayudhan (State President, Yoga Shastra Parishath).

The volunteers assigned to the GIS Mapping Project successfully completed the task of creating a map of Government Medical College Hospital, Mulankunnathukavu, with the use of the android app OSMTracker and the OpenStreetMap Website, after completing a survey around the area. The plotted map include details of the different blocks along with the location of main rooms in the hospital building, particulars of all nearby shops with its name and elevations and descriptions of pocket roads, public assets and road names and its types. Around 50 volunteers were actively involved in the survey and completed the project on time.

The team assigned to the Nagaram Nirmalam project conducted a survey on ‘Waste Management’ in the various shops and other public areas in  Thrissur Corporation. Around 60 volunteers participated in the survey. They also distributed leaflets regarding waste management to the shop keepers

The seven day camp came to end with a valedictory session on 10.09.2017. OpenStreetMap view of Medical College Hospital, Mulankunnathukavu, Thrissur, can be accessed at the following link: