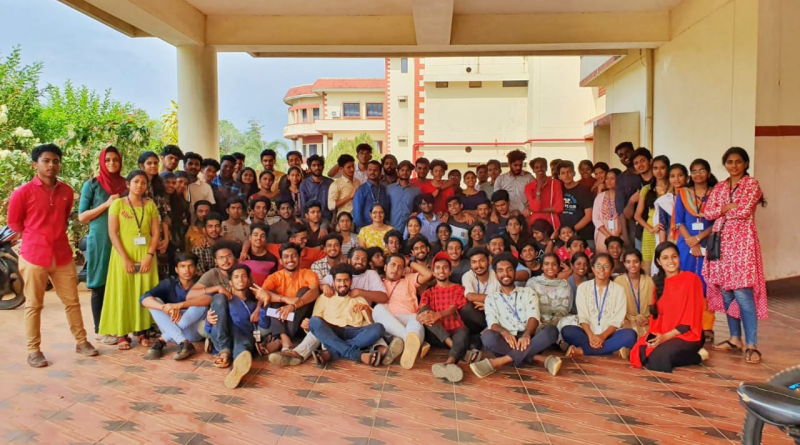 The first session, which was an activity oriented motivational session, was handled by Mr Hareesh (AP, ME Dept). In the afternoon, cultural programmes were conducted by the residents of the camp.

On the second day, classes were held on the installation of solar power systems. The State-level NSS Programme Officer Ms Ajitha visited the camp and interacted with the volunteers on the same day. 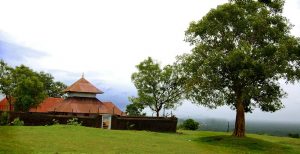 On the third day, the participants of the camp conducted a nature

walk to Perumala, a picturesque hillock located near Vidya campus. In the context of the predicted occurrence of an annular solar eclipse on 26 December 2019, there was a special session devoted to discussing the phenomenon of solar eclipse with focus on the precautions to be taken while viewing a solar eclipse. This session was conducted by Vidya’s NSS volunteers.

There was also a brief ceremony to welcome the volunteers of Gandhi Smrithi Cycle Rally (from Thiruvananthapuram to Kasaragod) which was being organized in remembrance of Mahatma Gandhi’s 150th birthday. 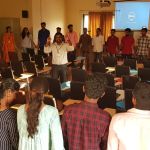 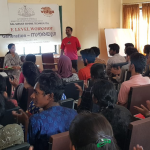 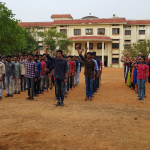 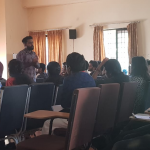 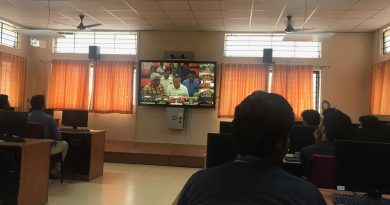 Kerala Govt’s IT Hub in Vidya 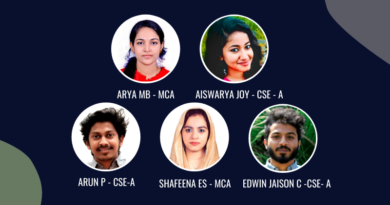 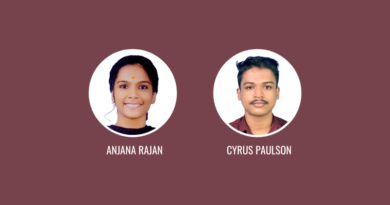