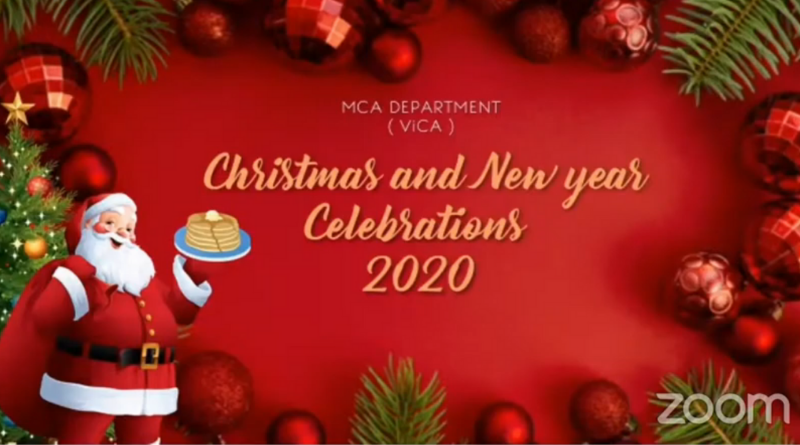 The MCA Dept of the College, under the auspices of the MCA Dept Association (ViCA), organised an online programme on 29 December 2020 to celebrate Xmas and New Year 2021. The programme was conducted using the Zoom video-conferencing platform with live video streaming in YouTube. The video record of the programme published in YouTube  attracted nearly 400 views within six hours of its release!

The team of S5 MCA girl students who had created a short film titled “CHARU” during the lockdown period was appreciated and congratulated for their efforts in creating a film that brings out a highly socially relevant issue to the attention of society, the issue of denying opportunities to girls for fulfilling their life’s ambitions. Vasnav V B (S5 MCA) who has recently been placed in TCS was also appreciated for his achievement. As part of the celebrations, there was a photo contest and the winner was announced by cine artist Mr Anand Mukundh through his Instagram account. Lishel Raphel (S1 MCA) was the winner of the photo-contest.

All the faculty, staff and students of the Dept were unanimous in their assessment that the cultural and entertainment programmes were of a standard beyond their expectations. The organisational and creative talents of the students were on full display during the programme. The sheer number of programmes (altogether 20 in number!) and the richness and diversity of contents were all beyond their expectations. 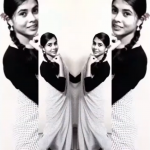 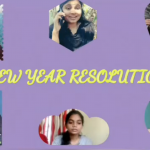 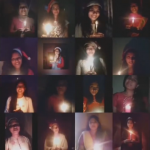 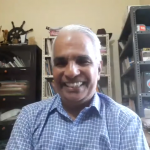 Video record of the programme

(The programme begins only after an initial duration of 20.00 minutes.) 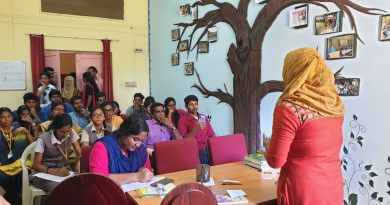 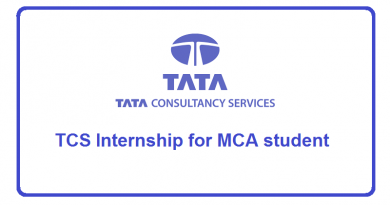 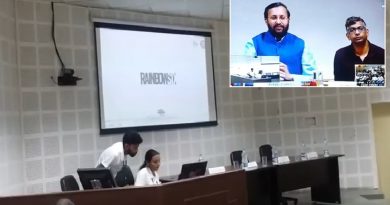