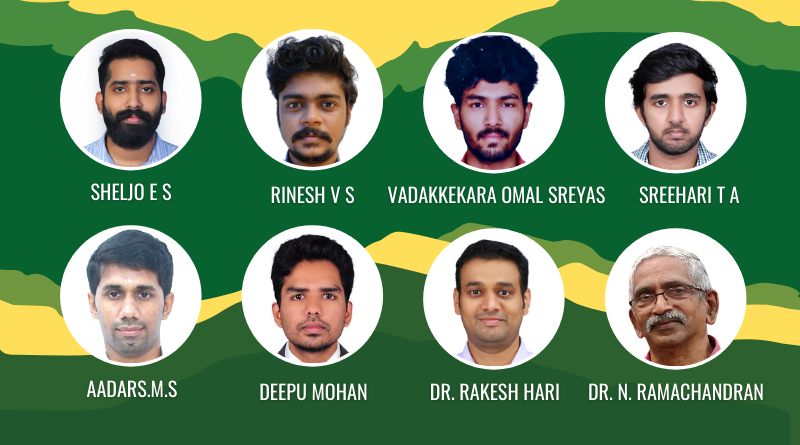 Final year mechanical engineering students of Vidya developed a device to rescue people from high rise buildings caught in the flames of fire. The working of the device is very similar to the working of a common ladder used by fire rescue teams during rescue operations. In the device developed by students of Vidya, the ladder is supported by a mobile frame which is equipped with wheels and electric motors. The electric motors are operated by signals based on the the input from fire detecting and smoke detecting systems placed in the various locations in a building.

If the system detects the presence of fire it will give a signal to the motor and the rescue ladder will move to the the location where fire is detected. The occupants of the building can escape from the building and move to safer places even before the fire rescue team reaches the spot. In many cases the delay in the arrival of the fire rescue team leads to heavy injuries and sometimes it leads to deaths. These kinds of accidents can be avoided and we can save lives with the help of the device developed by students of Vidya

The devise was developed by a team consisting of Rinesh V S, Sheljo E S, Sreehari T A, Vadakkekara Omal Sreyas under the guidance of Mr Aadars M S (AP, ME Dept) and Mr Deepu Mohan (AP, ME Dept). The project coordinators were Dr N Ramachandran and Dr Rakesh Hari.

Watch a video on the device 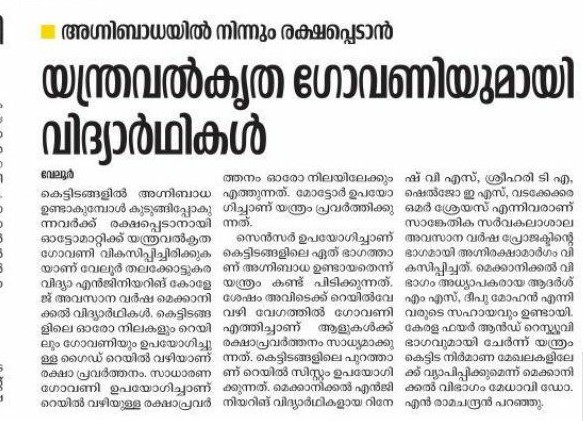 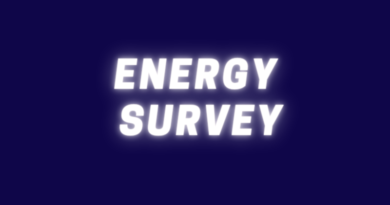 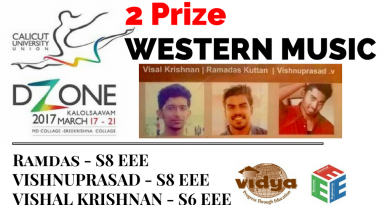 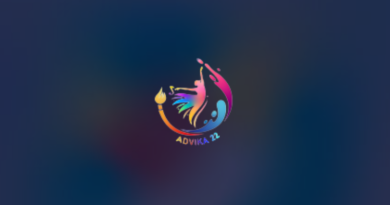