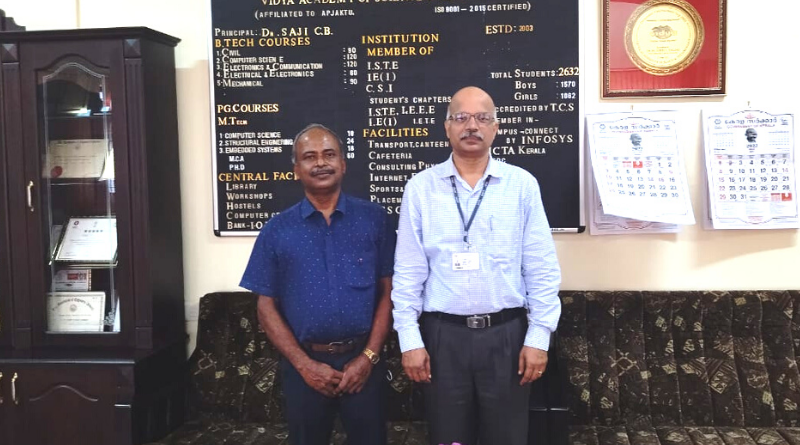 Mr Thankachan K V (Trade Instructor, CE Dept) is retiring from Vidya on 31 May 2022 after more than fourteen years of service.  Mr Thankachan K V joined Vidya on 1 March 2008. While in the service of Vidya, Mr Thankachan secured a Diploma certificate in Yoga from Tamilnadu Physical Education and Sports University.

The faculty and staff of the CE Dept of the College did not organise a formal official ceremony to bid adieu to Mr Thankachan. Instead, they expressed their love and regard for him by going out together along with Dr Justine C, Head of CE Dept, for a lunch and reminiscing over lunch about their association with Mr Thankachan. They wished him a happy, healthy and peaceful retired life to Mr Thankachan. 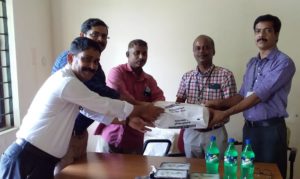 To mark the special occasion on the retirement of  Mr Thankachan K V, who had served the PE Dept also as Trade Instructor, the faculty and staff of the  PE Dept arranged a farewell function in honour of him on 30 May 2022. Mr Anil Kumar K R (Head, PE Dept) presided over the function. All the attendees who spoke on the occasion recalled Mr Thankachan’s commendable contributions to the development of the Dept. A memento was also presented to him as a token of  their appreciation. 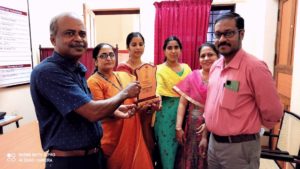 Friends and closest colleagues of Mr Thankachan organised a special event to bid adieu to Mr Thankachan. The programme was arranged in the Workshop Block of  Vidya and it had been delightfully decorated. All those who spoke on the occasion reminisced about Mr Thankachan’s friendship and about the many way made the life in Vidya happier. They also reminisced about his active participation in the  fabrication of the California Bearing Ratio (CBR) test machines as a consultancy work by the ME Dept and also about his contribution to EcoClub activities. They wished him and his family a happy, healthy and prosperous post-retirement life.

As a token of appreciation and love, a special memento was presented to him by his friends and closest colleagues. Mr Thankachan thanked all for honouring him by organising such a magnificent function. 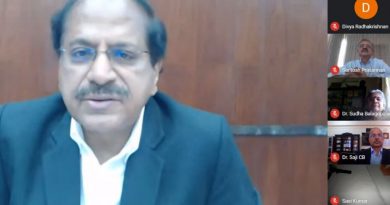 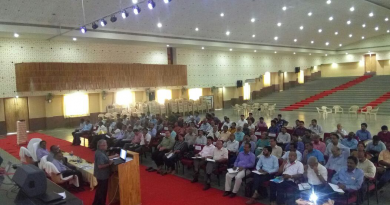 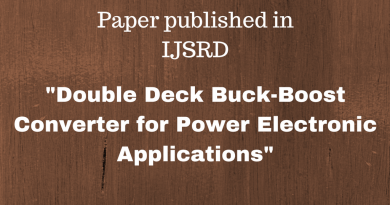