The second international conference on Power, Signals, Controls & Computation, EPSCICON 2012 organized by the Dept. of Electrical & Electronics Engineering of Vidya Academy of Science and Technology, Thrissur, Kerala, from 2nd to 6th January 2012, with technical co-sponsorship from IEEE PES was a grand success in terms of technical knowledge amassed, wide area participation and perceptions on future outlook. The biggest motivation to the conference came in the form of funding support from premium research institutions like KSCSTE, AICTE, NBHM of DAE, CSIR and ISTE. It is proudly noted that the first offer of support came from our own Trust office, synonymous with magnanimity, and this motivation at the initial stage of the conference is gratefully acknowledged. We went in for a measure of frugality this time since Lulu was to be the chosen conference venue for 3 days and hence conference materials were frugal and we avoided the compendium since IEEEXplore archiving had been offered to the conference. On first January itself we put up the flex boards in Kaiparambu and at our college entrance along with the arches and flags signifying the participating countries.

The venue for the workshop was our college and though preparations had been made for the presentation of the acclaimed professor PR Kumar of Illinois University on “Challenges in Cyber-physical systems”, he could not make it at the last moment due to serious personal priorities and we acknowledge with thanks his willingness to be a part of EPCICON 2012. On 2nd Jan. the 3scheduled workshops/ tutorials contributed by eminent persons of distinguished organizations such as Dr. Pinaki Mitra, R&D wing of ABB, National Instruments and Kalki Communications Technologies were conducted. Our staff and students and alumni and Prof. Nandakumar MN of GEC, Thrissur and 2 students Sriram S Ayyar & Hari Sankar from VSAT attended. The resource persons were appreciative of the conference preparations and agreed to take forward the association to mutual benefits at all stages. National Instruments supported the conference with sponsorships of bags, pens and CDs with application software for educational purpose.

An impressive inaugural function on 3rd Jan. in our college auditorium, in which Prof. Pramod Khargonekar, Professor and Dean, University of Florida presided, Mr. N Murugesan, Dir. General, CPRI, and deputy of Mr. CGS Mani, President, Bajaj Electricals & ELCOMA spoke, and professors from US, Sweden, China, Australia, Portugal, Hong Kong, Russia etc. attended, was followed by a gala cultural event. It was our proud privilege that in addition to our Principal Dr. SP Subramanian and Prof. Emeritus Dr. PP Nair, executive organizing chair of EPSCION 2012, the trust was well represented by our Executive Director, Er. G Mohanachandran, and the vice chairman of VICT Dr. Ajai Kumar on the dais and a good number of others in the audience. The conference chair Prof. Biswa Nath Datta of Northern Illinois University had asked Prof. Khargonekar to officiate in his absence and had also sent a touching message, which was read out by the convener Dr. Sudha Balagopalan along with a conference overview. The cultural event that followed later, steeped in Kerala traditions, drew immense appreciation from the visiting dignitaries then and throughout the days that followed.

The afternoons on all 3 days comprised of contributed talks from all 4 streams of the conference. In response to our call for papers we had received 145 papers from different parts of the world and reputed Indian organizations like IITs, NITs, NTPC, NPOL, KSEB etc. before we closed the portal. Then drawing help from a team of over 100 international and national reviewers we obtained about 100 papers which were declared suitable for presentation. Only 62 papers registered for the conference due to several reasons, including visa problems, university exams and registrations. The three parallel sessions of the contributed papers were declared good in the signal stream by the chairs, very interactive and of high quality in the controls stream, moderate in the computation stream and a mixture of thought provoking and mediocre overviews in the power stream.

In addition to the inaugural cultural events by our students, there was a Sarod concert by Prof. Shankar Bhattacharyya, accompanied by the thabla maestro Sri. Gourishankar on 5th Jan. 2012. A piano concert by leading vocal coach of the Moscow Theatre “Novaya Opera” and at the vocal department of the Tchaikovsky Moscow State Conservatory and Honored Artist of the Russian Federation, Anna Margulis was scheduled on 4th Jan. in tandem with Chethana Music Academy. More details are on our website www.epscicon.info and www.vidyaacademy.ac.in.

It is our pride and privilege that in addition to the valuable technical sponsorship by IEEE PES and archiving in IEEEXplore, EPSCICON 2012 has received funding support from acclaimed organizations like AICTE, NBHM of DAE, KSCSTE, CSIR and ISTE. Another matter of pleasure is that our students were happy that they could be a part of a great movement and worked a great deal for the success of the conference all through day and night even during holidays including X’mas holidays, shoulder to shoulder with the staff of the department. The conference obtained mention in international newsletters and moderate media coverage in Kerala. 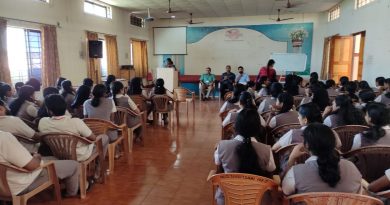 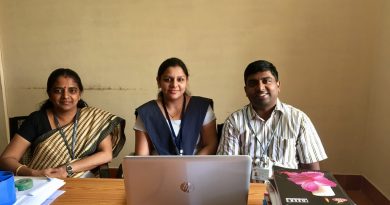 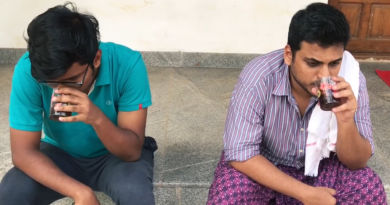