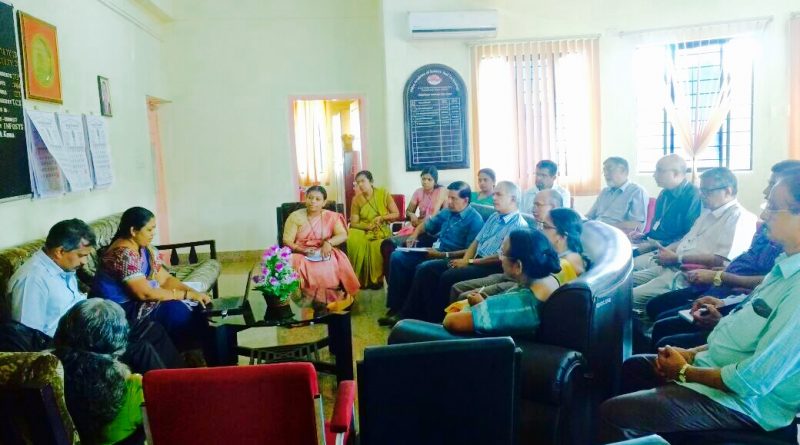 The college was 1st certified ISO 9001: 2000 complaint in 2008. The third Re-Certification audit was held during 21-22 February 2017. The team leader of the auditors was Mr. Suresh P.K. from Ernakulam and the team member was Ms. S. Bangaru Devi from Coimbatore.
The Re-Certification audit began with a formal opening ceremony at 9.30 A.M. in the Principals chamber on 21.2.2017. The ceremony was presided over by Dr. Sudha Balagopalan, Principal. Executive Director, Er. G. Mohanachandran, Vice Principal and ISO advisor, Dr, V.N.Krishnachandran and Heads of all academic and non-academic departments participated in the ceremony. Ms. Abhilasha P.S., Management Representative (Associate Professor, CED) welcomed the auditors and participants. Ms. Divya Unni, Asst. Management Representative, (Asst. Professor, ECE) proposed vote of thanks.

The auditors visited and audited the 16 departments (Academic and Non- Academic). The auditing was completed at 4.00 P.M.on 22 February 2017. There was a closing meeting at 4.00 P.M. on 22.02.2017. The auditors explained their observations, comments and suggestions for further improvement. No non -conformity were reported. The suggestions were warmly received by all the participants of the closing meeting.

The Goal Zero achievement in this audit, is the result of our excellent team work.

We wish to put on record our sincere thanks to the trust officials, the Principal, the Head of all departments( both academic and non academic) and all staff of Vidya for helping us in the successful completion of the same. We are also thankful to Dr. V.N. Krishnachandran, Vice Principal and ISO adviser for giving us valuable support and guidance.

We expect your whole hearted support in all activities related to ISO Certification of our college in future also.