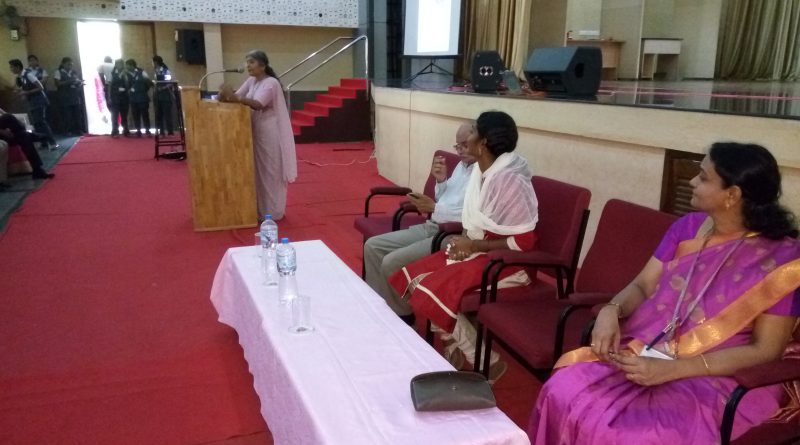 The Women Empowerment Cell of Vidya Academy of Science and Technology celebrated International Women’s Day on 08.03.2017 with a host of programmes.

The Cell organised an informal meeting of all staff and women students (final year B.Tech, MCA and M.Tech) of our college at 10.00 am in the Auditorium. The main event of the meeting was a talk by Ms. Malu Shaika, a girl from Aluva who had shown exemplary courage in facing formidable challenges in her early childhood. Her life had recently been featured in the vernacular press.

Ms. Malu Shaika is a strong young lady who has faced immense hardships in her life. Her parents broke up, throwing her to face the extreme and harsh realities of life almost single handedly. Determination and the strength of her character is evident from the various jobs she has undertaken in her life. The 8 km swim across the Vembanad Lake should qualify as her greatest achievement. She has set her limits high and is at present preparing for the Indian Administrative Services. With the amount of confidence and determination seen in this young lady, her wish is likely to come true in the near future.

In her speech, Malu was so humble and inspiring; she said anybody can achieve the heights she had reached. Though she was a bit emotional in the beginning, she explained how much preparation went into that historic swim across the mighty Vembanad Lake. All present in the Auditorium were very happy to hear that this was the first function she was attending and that she would remember this College forever in her life. The way she told our students to approach teachers for every problem they face was truly sincere and admirable. It is sure that Malu Shaika was setting a model to all girls and women for pursuing their dream.

During his felicitation speech, Er. Mohanachandran highlighted the depth and hard work she had endured to achieve her aim, that too not with the support of her parents. The courage and willpower she had shown should be a great lesson for all students. He asked our students, while this girl is determined to pass IAS exam, can ten students in the College pass Indian Engineering Services examination? That was truly inspirational.

On behalf of the College and the Women Empowerment Cell, Er. Mohanachandran presented a memento Ms. Malu as a token of love regard to her.

There was also a small cultural programme as part of the International Women’s Day celebrations. There were solo songs by several students and a group song by the girl students of the Civil engineering departments. The girl students of the Computer Applications Department presented a theme dance based on the contemporary realities in the lives of women in Indian society.

Finally, as symbol of love, peace and freedom, the Principal set free a pigeon, and staff and students flew balloons. 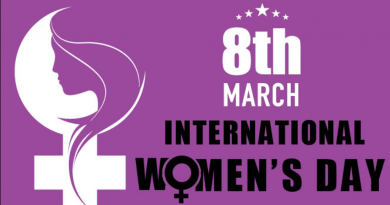 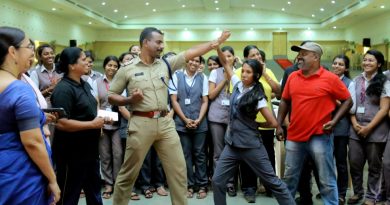 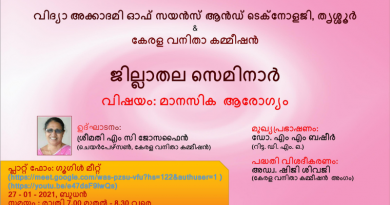