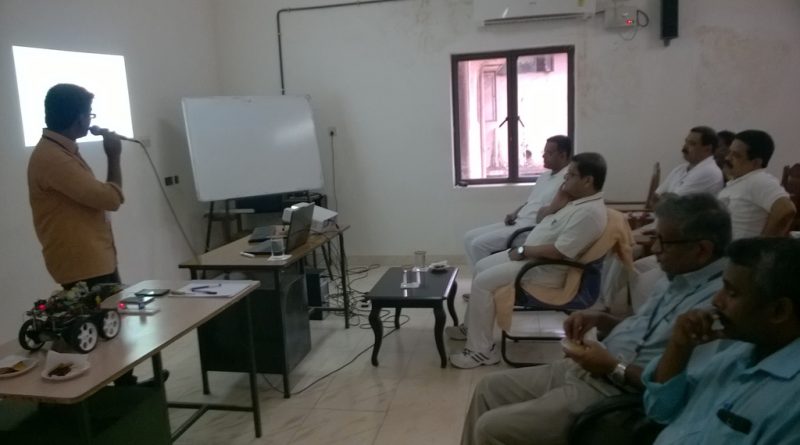 A group of students of S4 B Tech (PE) presented the features of their project titled “Mission Niranjan” to the officials of Police Academy on 15-5-2017. This project features a remote controlled robot meant to detect bombs and deactivate them. The system included features like sending warning messages indicating the precise location of the bomb. As on now, the first stage development is over. The objective of this presentation was to collect the opinions, recommendations and suggestions from the police force including the bomb disposal squad in the force. The time given for us for presentation was at 2 PM and it was changed to 4 PM since the Additional Director General of Police (ADGP), Mr Padma kumar wanted to attend the session. As advised by him several members of bomb disposal squad in the force also participated in the program. The program began with a welcome note and project briefing by HoD (PE). The presentation of project included slides presentation and also demonstration of the working model.

In addition to above, there were many officials of Police Academy and Bomb disposal squad

ADGP and other officials were present throughout the session which lasted for about one hour. After the session, ADGP appreciated the students from Vidya Academy who have selected this topic as their Project. The officials from bomb disposal squad narrated their experiences. They suggested that the robot need further features to combat detection and diffusion in crowed multi storey buildings. They suggested that students can interact with them to understand the criticalities involved. The details of Academy officials and their phone numbers were collected for further interaction.

In the concluding speech, Mr Haridas, coordinator from Police Academy thanked Vidya Engineering college for presenting the project which has got high relevance in military applications. He congratulated the students and promised that all necessary support can be extended from Police Academy in the further development works of the Project. 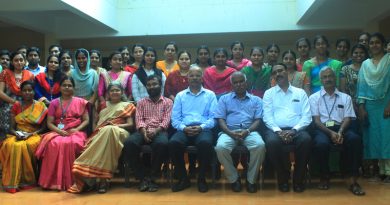 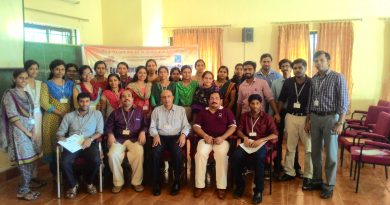 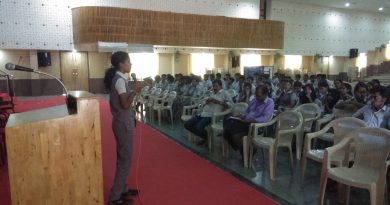