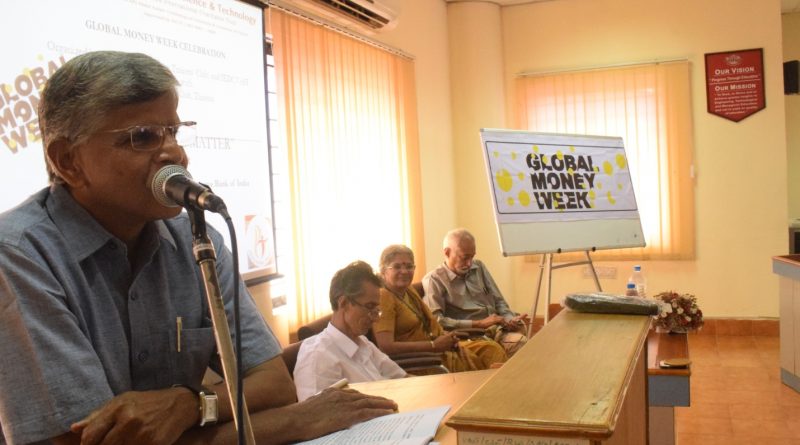 Sameeksha, the Trainers’ Club of the College, and IEDC of the College, in association with Professional Trainers’ Club, hosted the Global Money Week celebrations in the College. The event was coordinated by the Child and Youth Finance International (CYFI) Secretariat to raise awareness on economic citizenship and to directly engage children and youth worldwide on the issue. The session was held on 13.03.208 in the Advanced Computer Lab. Around 65 students from various branches participated in the programmes. The theme for Global Money Week 2018 is “Money Matters Matter”. This is a financial literacy campaign taking place in 137 countries across the globe during 13-18.o3.2018.

Mr Hareesh K (AP, ME Dept and Convenor, Sameeksha) welcomed everyone to the session. He stressed the need for students to be financially literate. Dr Sudha Balagopalan, Principal, delivered the presidential address. She remarked that though money matters do matter, ultimately it is the human relations that should prevail over money. Following this, Mr Jayakrishnan Menon, Retd. Chief Manager, NABARD, introduced the concept of Global Money Week and the organization called Child and Youth Finance International (CYFI). He said that he didn’t just expect a one time alliance with VAST but wished that the partnership remained for a longer time. He expressed his areas of interest in imparting financial literacy to various classes of people, including his latest venture of providing financial literacy to the deaf and dumb. He also provided a brief awareness on the opportunities for entrepreneurs and the various competitions that could take part in.

Mr E Madhavan, Retd. General Manager, RBI, inaugurated the session and delivered the keynote address. He made the audience understand the need for financial literacy as we have changed from a traditional economy to a market economy. He also made the budding engineers understand that their projects need to be technically as well as financially viable. Each one has to take up the responsibility for being financially literate. He asked the audience to go through the website for National Centre for Financial Awareness so as to educate oneself.

This was followed by a debate competition on the topic “Automation has made banking impersonal”. Six teams of students took part in the competition and they were evaluated for the content delivery, presentation style and language. The moderators for the debate were Mr Philip Sabu and Mr Jayakrishnan Menon.
Out of the six teams prizes were awarded as follows:

Cash prizes were distributed to the winners. Dr Sudha Balagopalan presented the memento to the Chief Guest, Mr E Madhavan. The programme came to an end with vote of thanks by Ms Divya Radhakrishnan, Assistant Professor, Humanities and Joint Convenor, Sameeksha. 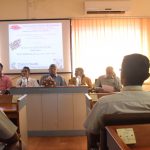 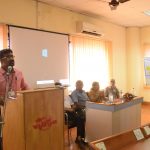 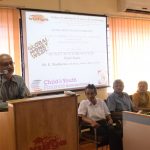 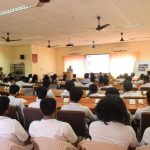 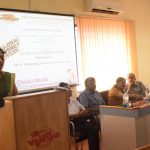 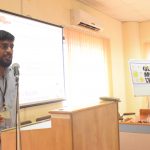 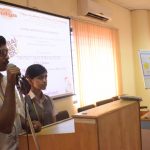 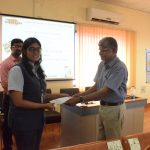 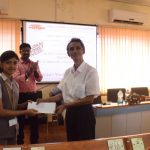 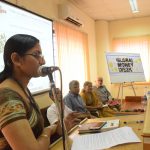 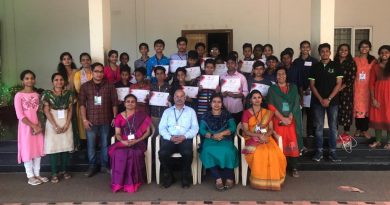 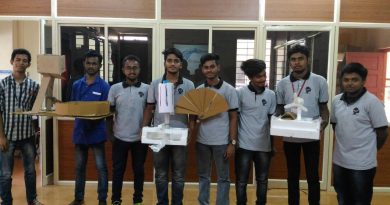 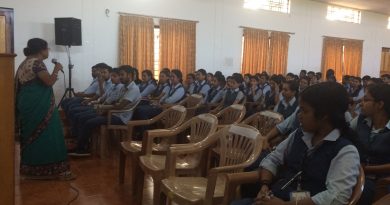