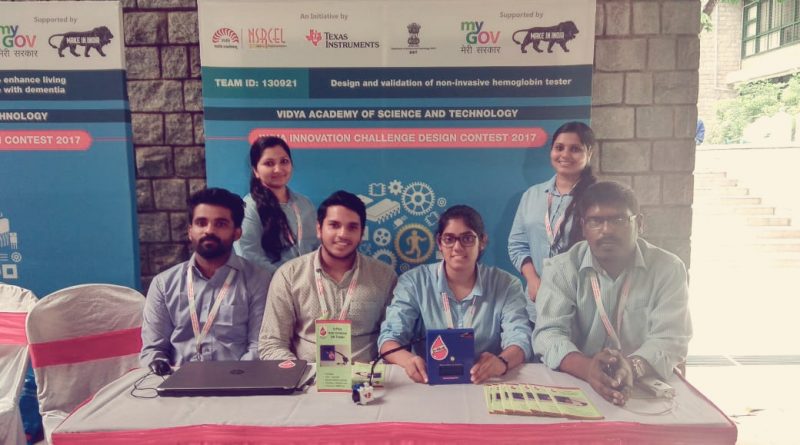 A team consisting of five S8 B Tech (ECE-A) batch students presented a product (Low Cost Non-Invasive Hemoglobin Tester) in the semi-finals of India Innovation Design Challenge Contest 2017 held at IIM-Bangalore on 04 June 2018. Vidya’s was the only team from Kerala to enter the semi-finals and they were competing with 70 other teams coming from institutions spread all over India including IITs, NITs and IISc. Mr Rakesh V S (AP, ECE Dept) accompanied the students to IIM-Bangalore as a mentor of the team. The entire project idea was conceptualised by Mr Ramesh C R (AP, ECE Dpt) and he guided the team of students in implementing the Project and presenting it in the the Design challenge. News & Events Team congratulates Mr Ramesh for his efforts to bring such glory to Vidya.

IICDC 2017 is the outcome of a collaboration between Texas Instruments and the Department of Science and Technology, Govt. of India. The contest is anchored by N S Raghavan Centre for Entrepreneurial Learning (NSRCEL), Indian Institute of Management, Bangalore, and supported by MyGov. 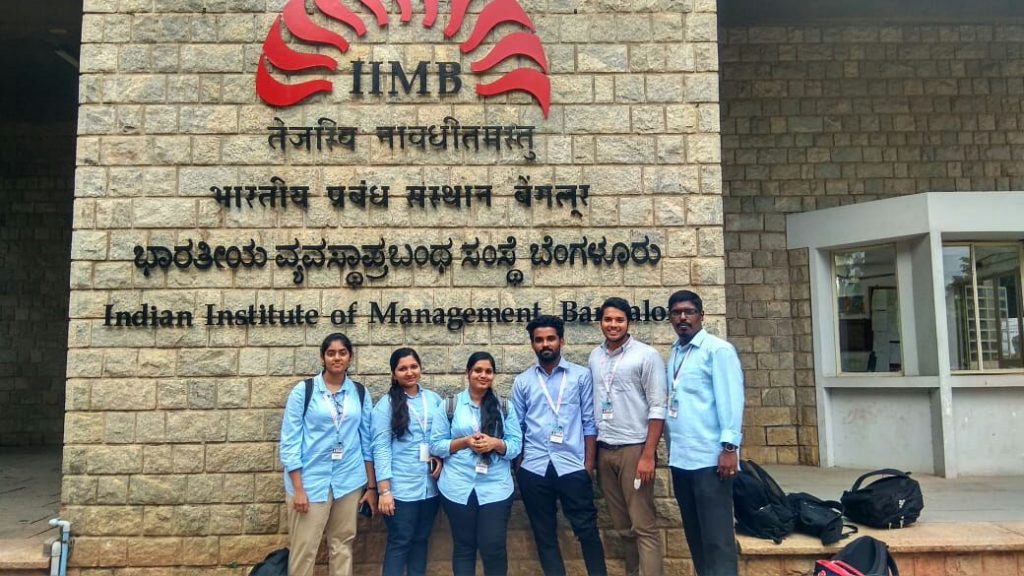 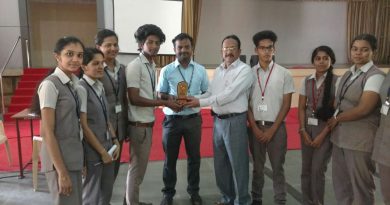 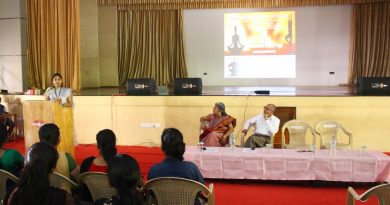 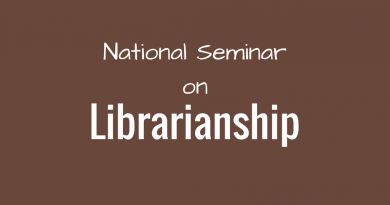