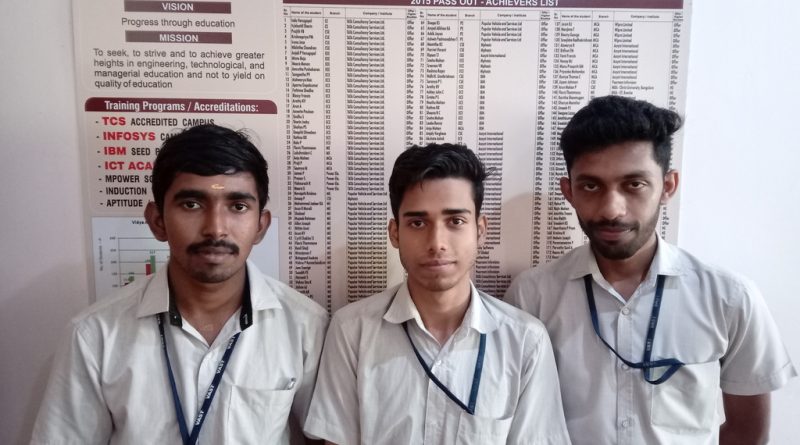 Remember the “Rainbow Six” team? The great team from the CSE Dept which won the second prize with a cash component of Rs.75,000 in the national Smart India Hackathon (Hardware Edition) 2018 Contest organised by Govt of India? The team from S7 B Tech (CSE) consisting of the students Nikhil P S, Vishnuprasad A S, Nithin Francis, Mahalakshmy T S, Nair Rohit Ravunnikutty and Jincy P S?

Three members of the team – Nikhil P S, Vishnuprasad A S and Rohit Nair – have now been offered placements in TCS. They secured the placements via the “CodeVita route”.

CodeVita is a coding contest organized every year by TATA Consultancy Services Limited. The good performers of this test are exempted from writing the aptitude test of TCS Placements Process. The three members of the Rainbow Six team did exceedingly well in the CodeVita contest and thus could directly appear for the recruitment interview. They were offered placements based on the performance in the interview.  Congratulations from the Editorial Team of News & Events to Nikhil P S, Vishnuprasad A S and Rohit Nair for their commendable achievement!

The main objective of the CodeVita contest is to identify passionate coders from across the globe and to sharpen their programming skills through real-life computing practices. TCS also wants to promote coding as a sport via this contest. The first season of CodeVita was held in 2012 in India. Students from institutes across India in under graduate/post graduate programmes from engineering/science background with any specialization are eligible to participate in the contest.  CodeVita is a team contest. A team must have 2 members from the same Institute (can be from different year of passing and specializations). The contest comprises of 2 rounds of coding before Global Round where top teams from across the world fight for the title.

Some of the benefits include: 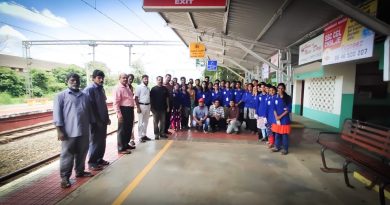 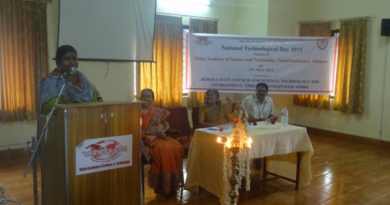 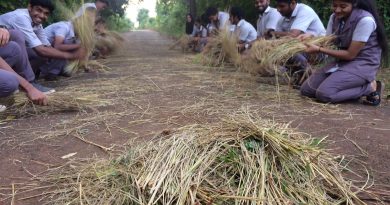