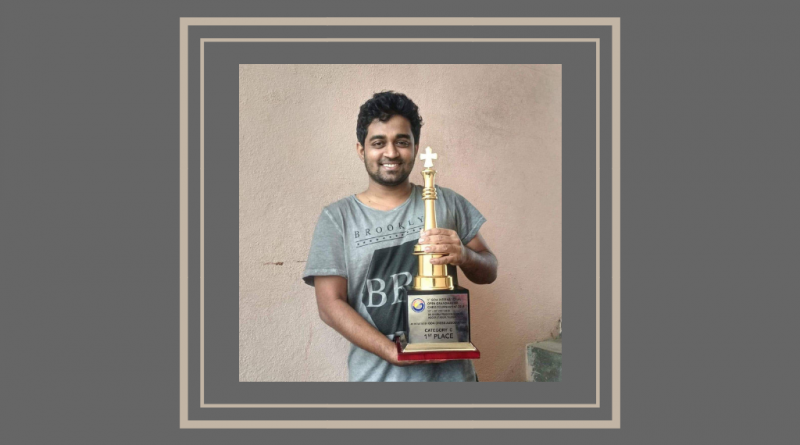 Mr Shibin K Benny, an alumnus of the B Tech (CSE, 2014 pass out) batch, has secured the First Position in the 1st Goa International Open Grandmaster Chess Tournament 2018 held during 13 – 20 October 2018. He was presented with a cash award of Rs 1.25 lakh and a trophy. He was a member of Vidya’s College Chess Team which had secured the Second Position in the Calicut University Inter-Collegiate Chess Championship held in the year  2013 – 14. Mr Shibin emerged as the champion in the Open C section for players rated under 1600 which attracted a total of 533 participants.