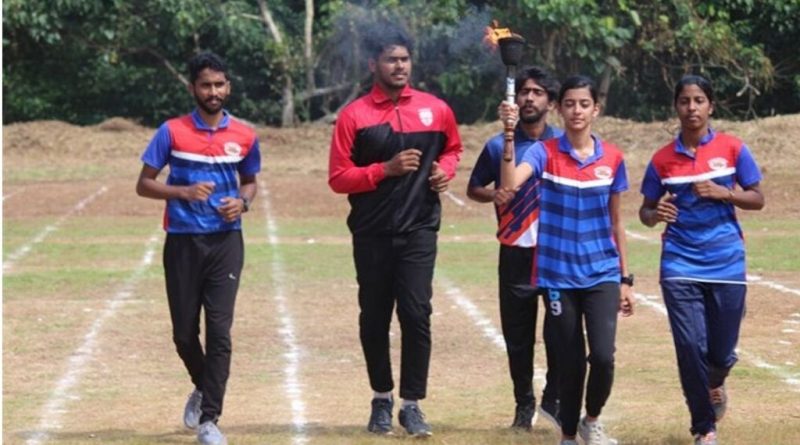 The Physical Education Dept of the College organised the Annual Athletic Meet of the College during 27 – 28 September 2019 with the aim of nurturing sporting talents and to inculcate the spirit of healthy competition among the students.

The Inaugural Ceremony commenced with the hoisting of the College Flag by Dr Saji C B, Principal, followed by torch relay. The Principal handed over the torch to Abhi A G, who represented APJAKTU (KTU) football team in the South India football tournament held at Pondichery University; he handed over the torch to Akhil Surendran, member of college athletic team  and bronze medal winner in triple jump in  the KTU athletic meet,  then to Sibin P G who represented KTU cricket team in the South India inter-university tournament, then to Ammolya K Sudhakaran, member of college athletic team  and winner of silver and bronze medals in 800 meters and 1500 meters respectively in  the KTU athletic meet,  and finally to Deepika T, member  of college athletic team  and gold medal winner in high jump in  the KTU athletic meet. Deepika also lighted the “Annual Athletic Flame”. The torch relay was followed by the “March Past” of athletes, the receipt of “Salute” and the declaration of meet open by the Principal. Mr Sajar Sajan, General Captain, Student Senate, took the “Oath’”on behalf of all the athletes gathered. Department Heads, teaching and non-teaching staff members and students attended the function.

The ME Dept received the best performance trophy for ‘March Past’.

As many as 14 events were held in both men and women category and a total of 550 students competed in the various track and field events.

Adhithya Vasudev T Babu of CE Dept and Sibin P G of ME Dept adjudged the position of “Individual Champion” by securing two individual gold medals in the men’s section.

The women individual championship was claimed by Aiesvarya V A and  Amoolya K Sudhakaran  of CE Dept and Anjana P of  ECE Dept. 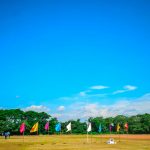 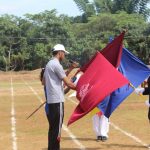 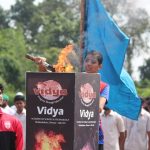 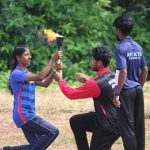 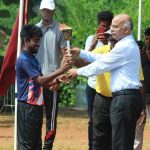 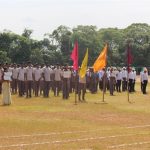 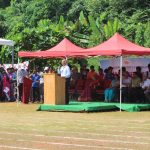 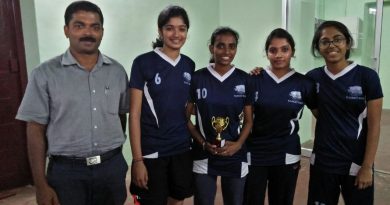 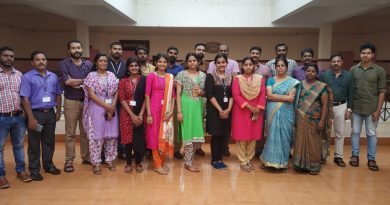 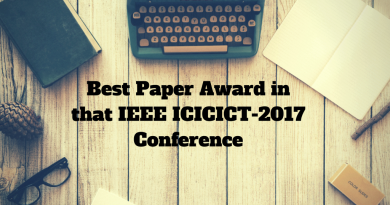