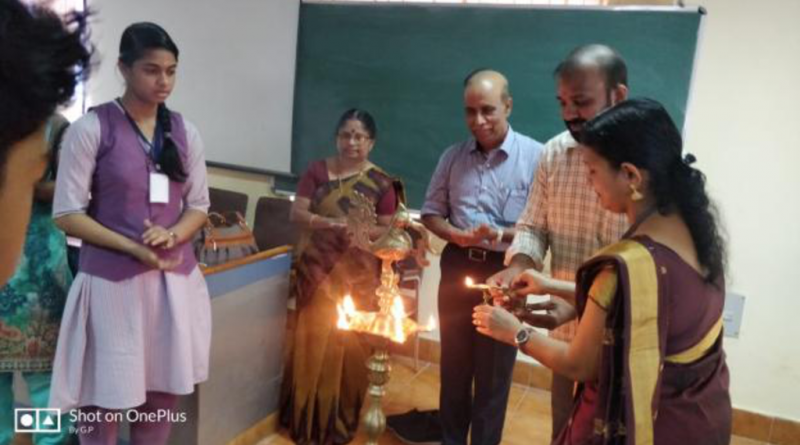 As part of the activities under the auspices of the Science Awareness Programme (SAP) Project, a workshop on Innovations in Science was organised in the College on 28 September 2019. The programme was funded by Kerala State Council for Science, Technology and Environment (KSCSTE). Around 62 students from three different schools in Thrissur district participated in the programme. During the workshop, the participants were introduced to two exciting topics, “Graphene and 2D Materials” and “Biogas Technology”.

During the inaugural ceremony, Dr Latha Raj, Advisor, SAP and Director, Students Welfare and Social Projects, welcomed all to the session. The programme was inaugurated by lighting the traditional lamp by the Chief Guest Dr A Seema, Scientist, C-MET, Athani. She also delivered the inaugural address. Felicitation address was delivered by Mr K K Thilakan, SAP Coordinator, VICT. Ms Akhila R (AP, EEE Dept) delivered the vote of thanks.

The first session of the workshop was handled by Dr A Seema, Scientist, C-MET on the topic “Graphene and 2D Materials”. After her session, Dr A Seema was presented with a memento and she was also honoured with the traditional ponnada for her receipt of the Nari Shakthi Puraskar. 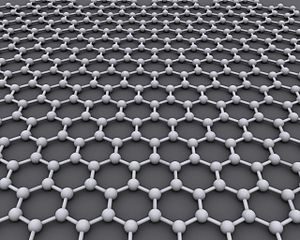 Two-dimensional (2D) materials, sometimes referred to as single-layer materials, are crystalline materials consisting of a single layer of atoms. These materials have found use in applications such as photovoltaics, semiconductors, electrodes and water purification.

Graphene is a crystalline allotrope of carbon in the form of a nearly transparent (to visible light) one atom thick sheet. It is hundreds of times stronger than most steels by weight. It has the highest known thermal and electrical conductivity, displaying current densities 1,000,000 times that of copper. It was first produced in 2004.

During the second session, Er C R Ratheesh, Workshop Supervisor, IRTC Palakkad, delivered a talk on “Biogas Technology”. He described the need of waste management, its basic steps and the methods followed by the science of biogas technology. Er C R Ratheesh was honoured with a memento.

During the afternoon, the students of one of the participating schools, HSS Panangad, had a session on the basics of Python. The session was handled by Mr Sreekanth R Shekhar (AP, EEE Dept). 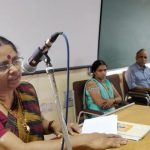 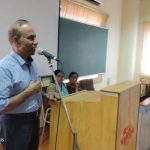 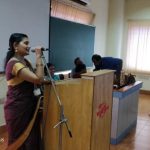 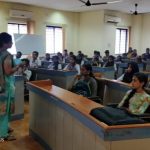 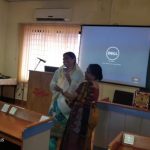 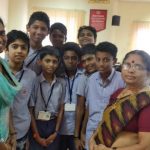 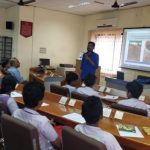 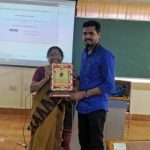 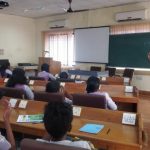 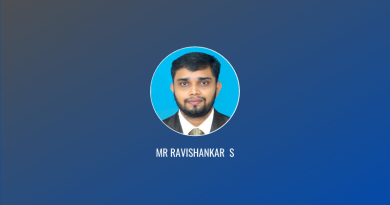 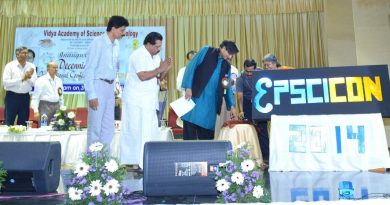 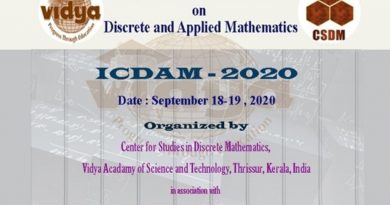