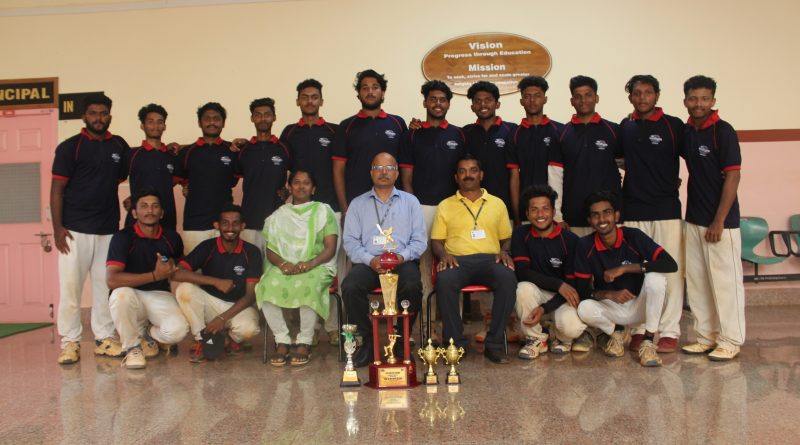 For the first time in the history of Vidya, Vidya’s Cricket Team has emerged as the champions of E Zone of APJAKTU. As many as 24 teams participated in the tournament. In the finals Vidya had a fight against the defending champions, namely, Government Engineering College (GEC), Thrissur. The twenty-five overs match ended up in a tie and was given a super over. Vidya’s target was to secure 16 run,  GEC could take only five runs in an over. Sibin P G was selected as the man of the match and best batsman of the match and Sabarinath was selected as the best bowler of the match.The team qualified to participate in the Interzone cricket tournament to be held at Rajagiri College of Engineering & Technology during 16-20 Novemeber 2019.