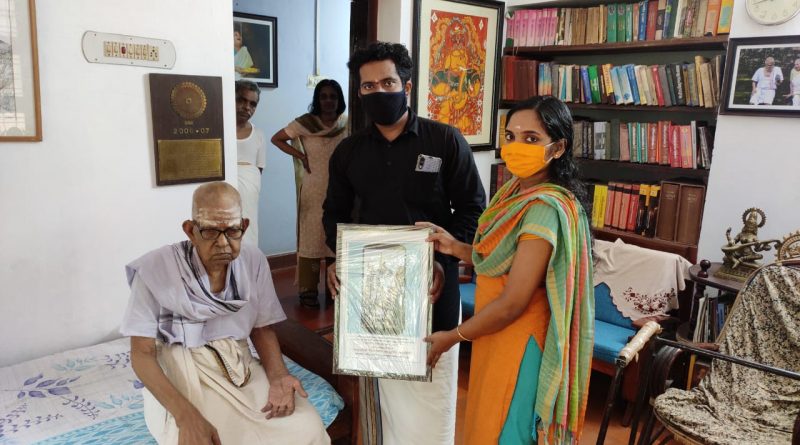 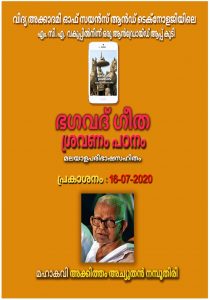 The MCA Dept of the College has come up a new Android app; this time, an app based on the celebrated Bhagavad Gita. The earlier app, released exactly one year ago on 16 July 2019, was an app based on Ramayana and was titled “Ramayana Parayanam”. The new app has been titled “Bhagavad Gita: Sravanam, Pathanam” and it helps interested persons to hear a melodious rendering of the Bhagavd Gita with Malayalam translation and also can be used to read and study the work with translation.
The MCA Dept Association (ViCA) orgnised an online programme on 16 July 2020 to mark the release of the app. The app was formally released by Mahakavi Akkiththam Achuthan Namboothiri in a small function held in a prayerful ambiance at his residence at Sukapuram, Edappal, on 13 July 2020 (Monday). Only three MCA students attended the ceremony at Sukapuram, but it was an emotionally touching and spiritually moving experience for all in the Dept were mentally following the sequence of events at the Mahakavi‘s residence.

The Association chose the date of 16 July 2020 for the release of this app because it happened to be the the first anniversary of the formal release of the Ramayana Parayanam app, an Android app dveloped by the MCA Dept,  in a function held in the Main Seminar Hall of the College last year. Ms Jyothibai Pariyadath was the chief guest of the function held on 16 July 2019. Both days happen to be the first day of the month of Karkkitakam in the Malyalam calendar.

The app in Google Play Store

Mahakavi Akkitham releasing the app at his residence

A discourse on Gita by Akshitha (S4 MCA) 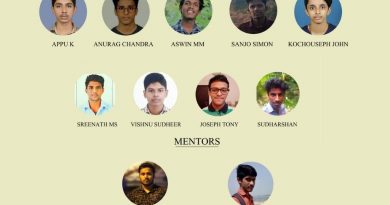 V-THINC 2020, a group of S1 B Tech students, launches its own website 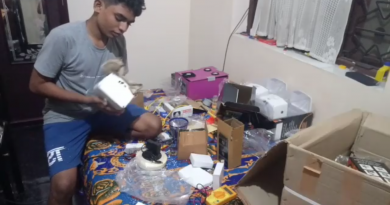 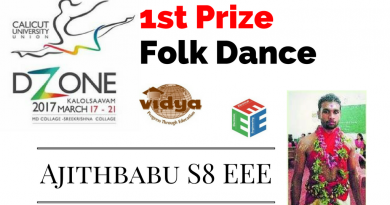 1st prize for the Nadodinritham