Mr Alex C Chacko (AP, ME Dept) and Mr Eby Raphel (S8 B Tech EEE) had an opportunity to be a part of the Energy Swaraj Yatra 2020-2030, headed by Professor Chettan Singh Solanki, popularly known as ”The Solar Man of India”. The Yatra, going all over India, reached Thrissur on 1 April 2022 and a program had been arranged for students at College of Forestry, Kerala Agriculture University Campus, Vellanikkara, Thrissur.

Prof Chettan Singh Solanki is a Professor at IIT Bombay. He is a Brand Ambassador of Solar Energy and the Founder of Energy Swaraj Foundation. He has been traveling all over India to spread awareness about energy conservation in a Solar Bus under the banner of Energy Swaraj Yatra 2020-2030. The coordinator of the program in Kerala was Dr Vimal Kumar, Energy Management Centre, Govt of Kerala.

Prof Chettan Singh Solanki in his talk on “Climate Change, Energy Change and Me” emphasized on the fact that our planet is on the brink of destruction due to pollution caused by extensive use of non-conventional energy sources. The Carbon dioxide released in air today requires about three hundred years to get cleared up and planting trees alone would not be sufficient to prevent global warming and green house effect. He suggested that solar energy could be a better alternative to purge combustion of petroleum products. 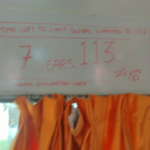 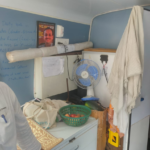 A research paper from Head of CSE Dept Report of FDP on “Essential Mathematics for Engineers”