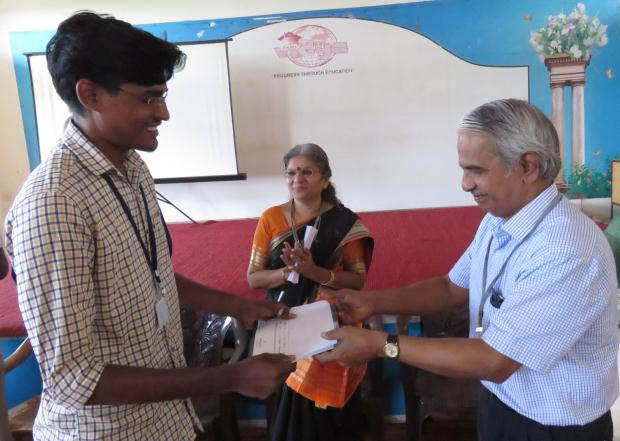 The Department has been organising a web-designing contest, christened eSpiderZ, for the last four years. The contest is to develop the best website using the tools available in Google Sites. The prize distribution ceremony of this year’s contest was held as part of the Special Congratulatory Programme held on 17 April 2015. Even though the contest was open to all students of the College, and the Department had organised pre-contest workshops on Google Sites, not many B tech students participated in the Contest. Accordingly all the prizes were won by MCA students. The following is the list of prize winners along with the URL’s of the sites created by them. The prizes were distributed by Dr V N Krishnachandran, Head of Department