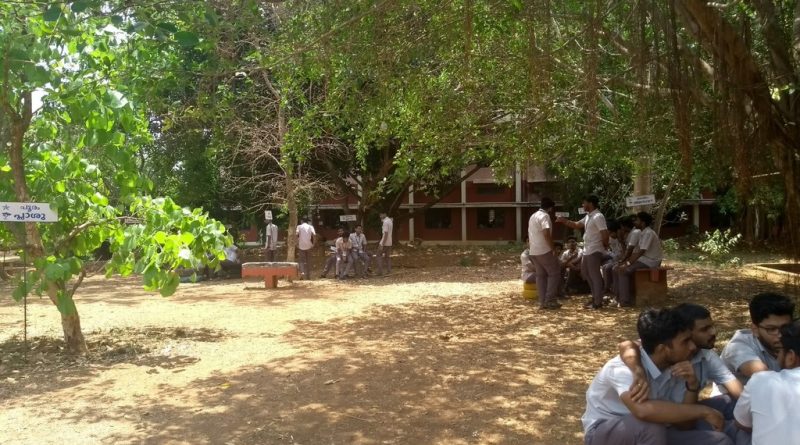 The 5th of June is observed as the World Environment Day globally. The Editorial Team of News & Events invites all readers to spend a few minutes on the 5th June this year, or on any other convenient day, reflecting on the grave harm the human kind has been inflicting on the environment and implores all to contribute in whatever way they can to promote the protection of the environment. Incidentally,  the United Nations has chosen the slogan “Beat Air Pollution” as the theme for this year’s observances of the World Environment Day.

In the meanwhile, there is a small example in Vidya campus that remains as a testimony for the deep commitment of  Vidya towards the ideal of environment protection. A small part of the campus has been set apart for growing a variety of plants and the plants are chosen in such away that they are associated with the various stellar constellations in the path of the moon in the sky.  These constellations are referred to in ancient Indian astronomy as Nakshathras which may be literally translated into English as “stars”. As per Indian traditions, there are as many as 27 Nakshathras and these are associated with certain trees in some mythical way. The trees planted in this part of the campus are precisely these trees and hence the part has been designated as Nakshthra Vanam .The Nakshatra garden has various rare species of trees such as Karingali, Karimaram, Naakam, Ithi, Ambazham, Koovalam, Neermaruthe, Vayyankatha, Vellapan, Vanni, Karimpana, Kadambu, Ilippa etc. Numerous people visit the campus to view the Naksthatra garden.

The initiative for setting up such a garden or forest was taken up by the first batch students of the College who completed their course during 2003-2007. Following this,  students, teaching and non teaching staff of the college took up the responsibility of taking care of the plants. Benches were fixed in the garden by the NSS Units of Vidya. This allowed students to relax and study in the garden during their free time. Besides the Nakshatra garden, there is also a herbal garden and also a butterfly garden  in the campus. 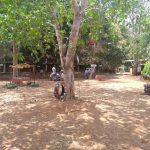 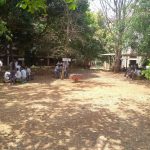 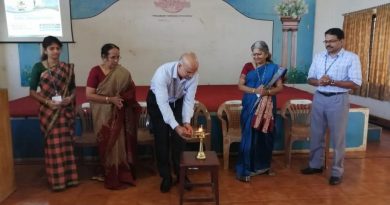 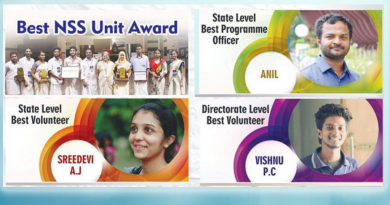 Great Govt recognition for the NSS units of Vidya