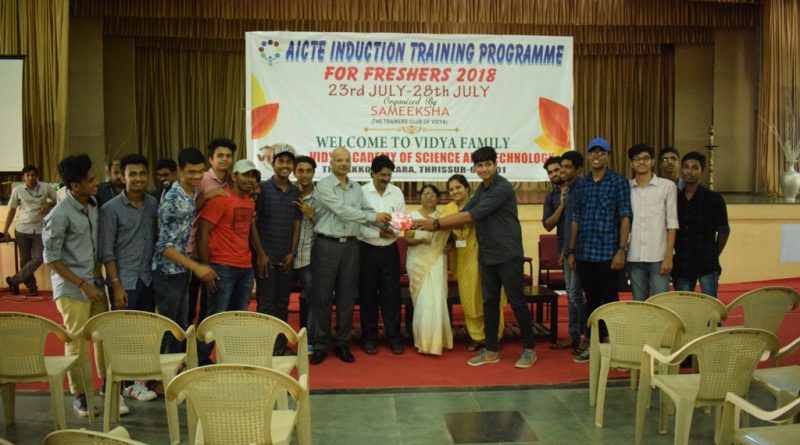 The All India Council for Technical Education (AICTE), the statutory body responsible for proper planning and coordinated development of the technical education and management education system in India, has mandated that all AICTE approved engineering Colleges in India should conduct an induction programme for B Tech students from 2018 as a part of their under-graduate programme. The AICTE-mandated induction programme in Vidya was organised by Sameeksha, the Trainers’ Club of Vidya, during 23 – 28 July 2018.

The inauguration ceremony of the Induction Programme was held at 9.30 am on 23 July 2018 in the College Auditorium. Dr Latha Raj, Director-SWS, welcomed all to the function. Dr  Saji C B, Principal, presided over the function and introduced Vidya to the newly joined students and their parents. Er P K Asokan, VICT Chief Patron, inaugurated the function by lighting a traditional lamp, and explained the value systems which Vidya stands for. Dr Sudha Balagopalan, Dean-Academics, highlighted the achievements of the various departments over the years. Er G Mohanachandran, Executive Director, Mr Suresh Lal, Finance Director, and Dr V N Krishnachandran, Vice Principal, delivered the felicitations. The inaugural session came to an end with vote of thanks by Mr Hareesh K (AP, ME Dept), Convenor, Sameeksha.

On the various sessions

The basic aim of the AICTE Induction Programme is to develop a strong mentee-mentor relationship. Many of the sessions including the ones on human values and creative arts helped to strengthen this bond. Students were made aware of nine core human values which included aspirations and family expectations, gratitude, healthy and unhealthy competitions, ragging, peer influence, self confidence, prosperity, seven relationships and anger. Based on the human values discussed each day, students had to make presentations. Also the students were allowed to present skits, mobile based arts and short films on the human values. Besides this there was also a half day session per batch on general motivation which was handled by ICT Academy. There were also proficiency modules in English and mathematics.

As part of the Induction Programme, all participants had to stay back in the College for some residential activities. The students were made aware of the Multiple Intelligence Test by ICT Academy. On the second night of stay students enjoyed a camp fire.

During the afternoon session on 27 July 2018, there was a talk by Shri V T Balram, MLA. Shri V T Balram addressed the students and said that each one needs to be a responsible citizen and engineering colleges should turn into centres of excellence. Students interacted with Shri V T Balram.

On the final day of the programme, there was a competition for the students in human values and creative arts presentations. Skits, mobile based apps and short films made by students were displayed. Students enjoyed the sessions well.

There was a valedictory session. Former MLA, Shri Babu M Palissery was the chief guest for the function. Certificates of appreciations were distributed to the various committee convenors, members, team leaders and students volunteers in recognition of the efforts put into making the event a grand success. Prizes were distributed to the winning teams in human values and creative arts presentations. 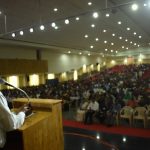 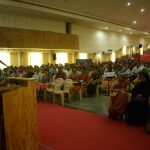 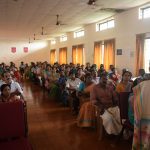 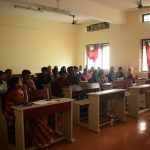 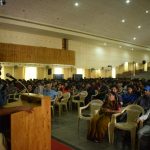 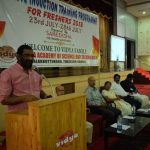 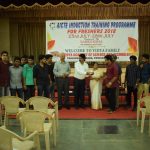 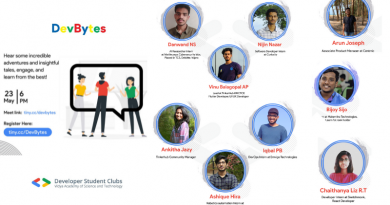 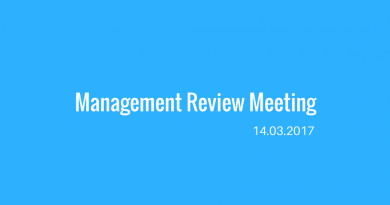 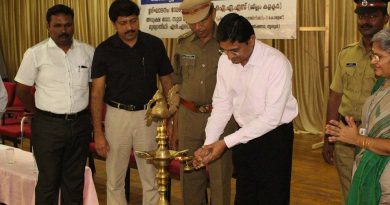