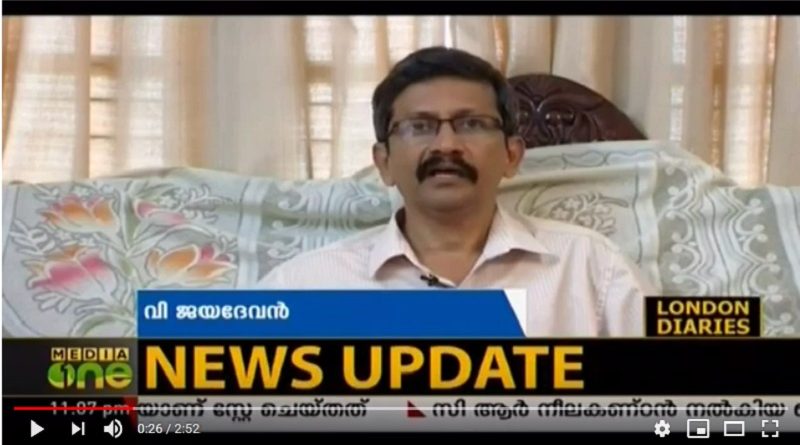 Discussions on the ups and downs of the ongoing ICC World Cup are raging in all cricket loving countries. The matches and their outcomes are intensely followed, fiercely debated and the teams and their captains receive bouquets and brickbats in equal measure. But many a times the results are decided by rain gods and not by players on the field. Once again the rules for deciding  what is to be done when rain interrupts play have come into focus. Even though the ICC has formally adopted the Duckworth Lewis Stern (DLS) method, which is a formula to fairly calculate the winning side when inclement weather intervenes and the match is interrupted, which includes re-calculating totals when time is lost in the match,  it is interesting and inspiring to know that  Prof V Jayadevan (Prof, CE Dept) of Vidya had developed a competing method known by the name “VJD Method” for the same purpose. Recently Prof Jayadevan was on air through the Media One TV Channel explaning why his method is much superior to  the DLS method adopted by ICC. The readers are invited to watch the video through this page.

Here are some links to read a few earlier reports on the VJD method that had appeared in the pages of News & Events.

Video clipping of the news item